Feature: Why Joseph Matthew Must Be Crowned ‘International Artist Of The Year’ At GNGM Awards 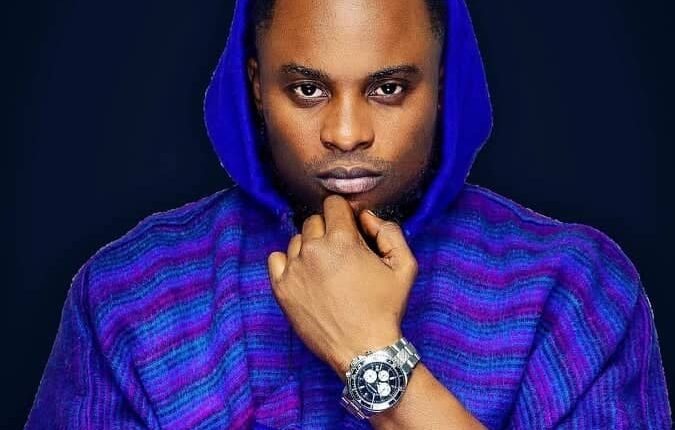 On Saturday February 20, 2021,the Accra International Conference Center will be the centre of attraction as it hosts this year’s Ghana National Gospel Music Awards.

The Ghana National Music Awards is an award scheme designed to recognize, celebrate the hard work and dedication of various stakeholders and players in the Gospel Music fraternity.
Ironically,If the organizers of the most prestigious Gospel Music award scheme in Ghana will apply the true meaning of the scheme, then one artist who deserves to win his category is award-winning UK-based Ghanaian Afro Gospel Joseph Matthew(JM).
Well, Joseph Matthew has been nominated in the ‘International Artiste Of The Year(Diaspora) category. He was nominated alongside Mr. Music Mensah, Martin Fei, Jane Rita, Maame Pinamang, Atta Patrick, Alex Acheampong, Millicent Yankey, Herty Corgie, and Jenn Arthur.
In the year under review, Joseph Matthew took the music scene by storm with his hit song ‘My Story’.‘My Story’, a distinctive contemporary fusion which is finely mixed with urban highlife groove with Afro-beats is a thanksgiving song that expresses gratitude to God for his gracious works.
Engineered live by multiple award-winning drummer,Francis Osei, the UK-based Ghanaian Gospel artist reveals in  “My Story” single that he was never born holy, but was born into sin and did not deserve the glory of God.
He is however awed by how far God has brought him. He said that if people knew where he had come from, then they would understand the story. “Don’t know nobody who deserves all the glory. For all the things you’ve done for me, I give you the praise”, he said in gratitude to God.
it’s undoubtedly one of the well-produced Gospel songs for the year under review . In terms of producing quality videos, Just like the song clip for his bonzer hit song “Nyame Ye”, JM did not fail to sweep us off our feet with the aesthetic artwork, scenery and choreography in ‘My Story’.
Directed by internationally acclaimed music video director Martin Sean, the  ‘My Story’ music video is dominantly dark themed, with two beautiful sceneries that are meant to coordinate the story appropriately.
As a lover of the African vibe, he collaborates the contemporary melody with the “Zanku”, “Gbeze” and other popular afro beat dances.
JM, together with video vixens are dressed in stellar African wear. He is also seen holding a “Dondo” instrument.Even though he is UK- based,JM has proved to Ghanaians and the world that the African culture is worth portraying, even amidst contemporary melodies.
Joseph Matthew’s rising success has transcended boundaries. He is one of the few Ghanaian Gospel artistes to appear on music charts in francophone and Anglophone countries like Gabon, France and Nigeria.
Another quite convincing supporting argument is that ‘My Story’, was rated %80 by Entertainment Journalist, Kwame Dadzie who is specialized in reviewing songs.
He was also crowned the “International artist of the Year’ at 2020 Emerging Music Awards. Emerging Music Awards is an award scheme that seeks to honour and appreciate the musical works of young artistes who have excelled in the eight main genres in Ghana (Gospel, Highlife, Hip-pop, Hiplife, Afro-pop, Dancehall, Reggae, Traditional).
The ‘My Story’ hitmaker made history as the first Gospel artist to win the award. He also mounted quite a number of stages even though most of the shows were cancelled due to the Coronavirus outbreak.
JM, is also known for his humility and close ties to his roots. He has persistently justified why he is regarded as one of the pedestals of Contemporary Ghanaian Gospel artistes.
After delving through Joseph Matthew’s achievements in the year under review, he really deserves his nomination—he currently has the Ghanaian Gospel music on his shoulders and it’s evident that crowning him the winner will really save the award scheme from the spontaneous criticism of the general public.
Per the opposition he is facing, the organisers wouldn’t have any tangible motive as to why the ‘My Story’’ hitmaker shouldn’t win the category because  he really worked hard.
0
Share

Photo: What Zanetor’s Ex-Boyfriend Told UK Authorities About The Rawlingses