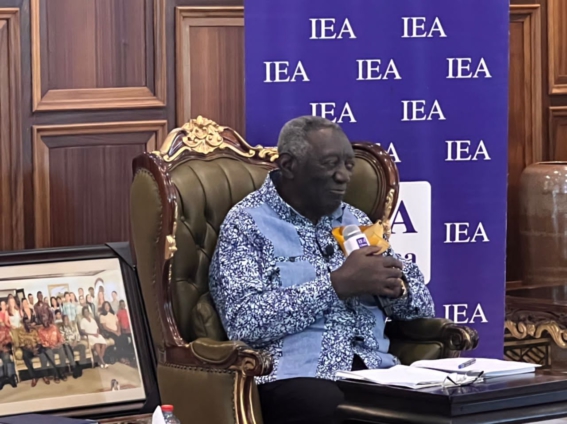 Former President John Agyekum Kufuor says it is time Ghana abolished the Council of State concept in its governance structure.

He said that the Council had outlived its usefulness in the current democratic dispensation.

“I have had a chance to express my views on the Council of State, a very honorable distinguished institution, well-meaning. But I can say I don’t think it is fit for purpose given the state of development of our country and given the fact that the nation is committed to practicing democratic governance.”

The former President said this at a seminar organized by the Professor Mike Oquaye Centre for Constitutional Studies at the Institute for Economic Affairs (IEA), in Aburi, Eastern Region, on Tuesday.

The seminar formed part of a series of engagements the Institute is undertaking to solicit input toward a possible review of Ghana’s 1992 Constitution.

The former President proposed that, instead of the Council of State, the country should set up a second chamber of Parliament to play the advisory role to the government.

In recent times, the relevance of the Council of State has been questioned with some political commentators, academia and civil society organizations suggesting that the body has outlived its usefulness, and that should be abolished.

Former President Kufuor explained that though the framers of the Constitution thought it wise to set up such a body to advise the President, the Council is no longer useful.

He said: “… We limit the uses of Council of State to advising just the President,” and that often, the President decided whether or not to take the advice

“So, I have gone through all these periods, and I have come to a conclusion, perhaps, what our Constitution should have to temper the extremes of democracy is not a Council of State, but a second chamber.

A second chamber well composed not on basis of democracy so much.

Democracy should always be implied in there though, but not entirely democratically but more on experience, proven in public spiritedness, prudence, maturity, care for the nation, and inclusion.

“If we do that, and allow this second chamber to operate openly, in the full glare of publicity, then the wisdom that would be issued from their deliberations would impact not only the President…,” he added.

The former President added that the term of the second chamber must not be tied to the tenure of any government to ensure that there is continuity in the provision of development for the people.

On limiting the appointing powers of the President, the former President said the country must practice the checks and balances in its pure form, especially among the lead organs of the State.

He called for the amendment of sections of the Constitution that empowered presidents to appoint about 50 per cent of Ministers from Parliament.

“The legislature should be apart, people being elected there should be encouraged to professionalize themselves as legislators so they will play the guard dogs or watchdogs on the executive,” he said.
The former President also urged that political parties should be allowed to participate in elections at the local level. 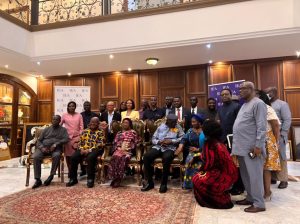