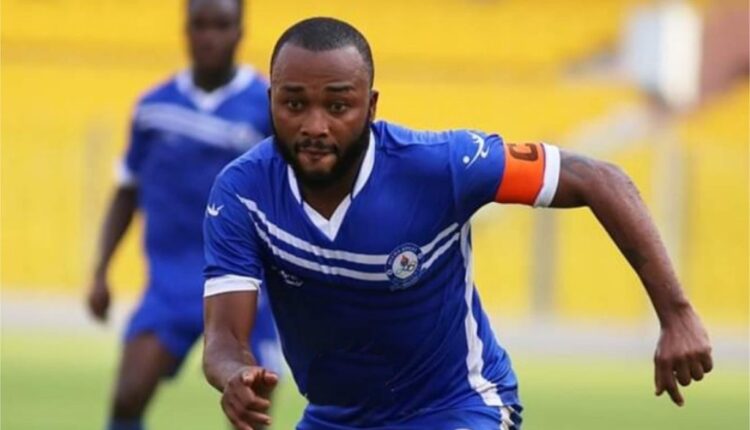 Accra Great Olympics captain, Gladson Awako has reacted happily after being named as the best player for December in the ongoing 2020/2021 Ghana Premier League.

He was able to withstand competition from Eleven Wonders’ Ibrahim Salifu, WAFA’s Augustine Boakye, and Elmina Sharks’ Benjamin Tweneboah to win the award.

The player of the month award comes with a flat-screen television set and other souvenirs from sponsors NASCO.

Reacting to this big win, Gladson Awako took to his Instagram page to show his appreciation to his fans and the organizers for bestowing this honour on him.

“Thank you @GhanaLeague and everyone who supported and made it possible for me to win my first player of the month award ???? special thanks goes to the technical team of @AccraGtOlympics and the playing body. Onelove ????????????” 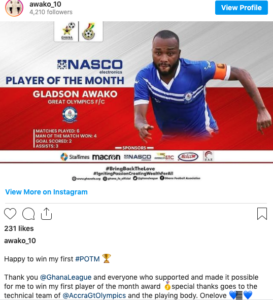