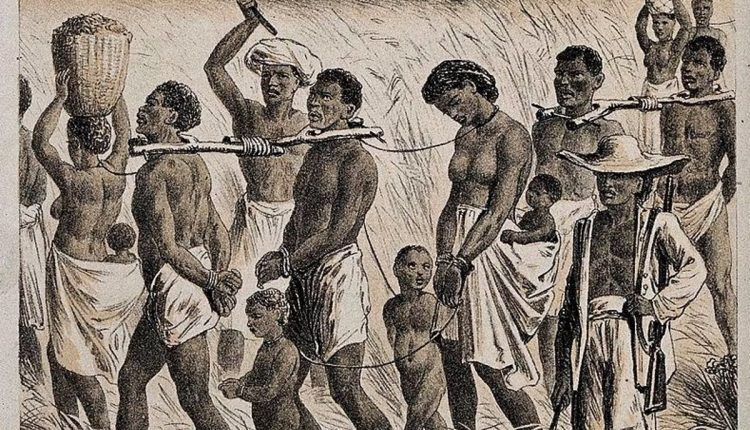 The colonisation of Africa was part of a global European process reaching all the continents. European colonisation and domination changed the world dramatically.

Historians argue that the rushed imperial domination of the African continent by the Europeans started with King Leopold II of Belgium. He involved European powers to gain recognition in Belgium.

The Scramble for Africa happened during the New Imperialism between 1881 and 1914).
The reasons for African colonisation were mainly economic, political and religious.

West African trade slowly expanded towards Egypt and possibly India. Arabic texts mention that from the late 8th century, Ghana was the land of gold.

Mali also possessed great wealth. In 1324-5, when Mansa Musa, its emperor, made a pilgrimage to Mecca, he took so much gold with him.

The Ashanti kingdom dominated much of the present-day state of Ghana.

The Kingdom was ruled by an ethnic group called the Akan.

Gold Coast began encountering European traders in the mid-1400s when the Portuguese began trading. By the seventeenth century, many European traders like the British, Dutch and French began building fortifications along the coastline to assert their positions.

The Ashanti kingdom had emerged in the mid- 17th century, benefitting from access to rich agricultural resources and gold.

Labour for production was made available because of the domestic slave trade.

These groups were sent to Africa to investigate the needed knowledge about Africans, their history and culture, most knowledge about raw materials, visibility, potential areas and the nature of the African population.

British traders had operated off what was to become known as the “Gold Coast” with little direct intervention by British authorities.

When the Ashanti kingdom showed ambitions to expand its control southwards by negotiating treaties with African authorities and protecting trading interests.

The Anglo-Ashanti wars were a series of five conflicts that took place between 1824 and 1900 between the Ashanti Empire—in the Akan interior of the Gold Coast—and the British Empire and its African allies.

Though the Ashanti emerged victorious in some of these conflicts, the British eventually succeeded in the fourth and fifth conflicts, resulting in the complete takeover of the Ashanti Empire by 1900.

The wars were mainly due to Ashanti attempts to establish a stronghold over the coastal areas of present-day Ghana. Coastal peoples such as the Fante and Ga came to rely on British protection against Ashanti attacks.

By the 1820s, the British had decided to support the Fante against Ashanti invasions from inland.

Economic and social friction played a part in the causes of the outbreak of violence.

The immediate cause of the war happened when a group of Ashanti kidnapped and murdered an African serviceman of the Royal African Corps on 1 February 1823.

A small British group was led into a trap which resulted in 10 killed, 39 wounded and a British retreat.

The Ashanti tried to negotiate with the British governor, Sir Charles MacCarthy. The governor rejected Ashanti claims to Fanti areas of the coast and resisted overtures by the Ashanti to negotiate.

MacCarthy led an invading force from the Cape Coast in two columns.

The governor was in the first group of 500, which lost contact with the second column when they encountered the Ashanti army of around 10,000 on 22 January 1824 in the battle of Nsamankow.

The British ran out of ammunition, suffered losses and were overrun. Almost all the British forces were killed even though 20 managed to escape.

MacCarthy, along with the ensign and his secretary, attempted to fall back. He was wounded by gunfire and killed by a second shot. Ensign Wetherell was killed while trying to defend MacCarthy’s body.

MacCarthy’s skull was rimmed with gold and was allegedly used as a drinking cup by the Ashanti rulers.

An eye-witness stated he “saw ensign Wetherell, who appeared to have been wounded, lying close to MacCarthy.

Some of the Ashantis attempted to cut his head and inflicted one gash on the back of his neck.

Luckily at this crisis, an Ashanti of authority came up and recognised Williams, from whom he had received some kindness, withheld the hand of the assailant.

On Williams’s recovering his senses, he saw the headless trunks of MacCarthy, Buckle, and Wetherell.

During his captivity, he was lodged under a thatched shed in the same rooms as the heads. The headless trunks were in a perfect state of preservation.

Major Alexander Gordon Laing returned to Britain with news of their fate. The Ashanti swept down to the coast, but disease forced them back.

The new governor of the Gold Coast, John Hope Smith, started to gather a new army, mainly comprising natives, including Denkyiras, many of the traditional enemies of the Ashanti.

In August 1826, the governor heard that the Ashanti were planning on attacking Accra. A defensive position was prepared on the open plain about 15 kilometres (10 mi) north of Accra, where the 11,000 men waited.

On 7 August, the Ashanti army appeared and attacked the centre of the British line where the best troops were held, which included some Royal Marines, the militia and a battery of Congreve rockets.

The novelty of the weapons, the explosions, rocket trails, and grievous wounds caused by flying metal shards caused the Ashanti to fall back.

Soon they fled and left thousands of deaths on the field.

In 1831, the Pra River was accepted as the border in a treaty.