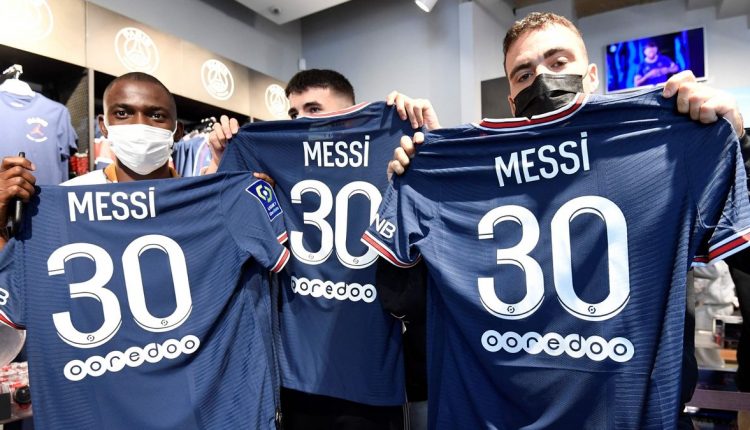 The signing of Lionel Messi has generated Paris Saint-Germain an extra €700million (£612m) in income due to commercial deals.

Messi joined PSG on a two-year contract a year ago from Barcelona as a free agent. Messi’s contract at the club sees him earn £34m (€40m) for the final year in Paris. He made £25.5m (€30m) from the first year of his deal.

The club have added 13 per cent to their income streams since Messi’s arrival.

This was possible due to deals made with brands like Dior, Gorillas, Crypto.com, PlayBetR, GOAT, Smart Good Thins, Volt, Big Cola, Sports Water and Autohero.

The details are reported by El Economista, who outlines the increase in sponsorship and branding across the club, which brings in significant income streams that largely offset the cost of signing the Argentine superstar.

Marc Armstrong, PSG’s business director, has told Marca that demand has grown between 30 per cent and 40 per cent.

There is a common incomprehension following big-name arrivals based on the premise that football clubs receive most of the money from sales of their commodities.

It was highlighted that sales of ‘Messi 10’ shirts were worth over €200m per year, but Barca would only have received around €30m from those transactions.

The clubs have deals with the shirt manufacturers – in this case, Nike – which entitle them to only a minimal profit from the shirt sales, usually between 10 and 15 per cent.

Messi’s arrival meant a significant increase in shirt sales for the club, as they sold over a million PSG shirts last year for prices ranging from €90 to €160. More than 60 per cent of those sales had ‘Messi 30’ printed on the back.