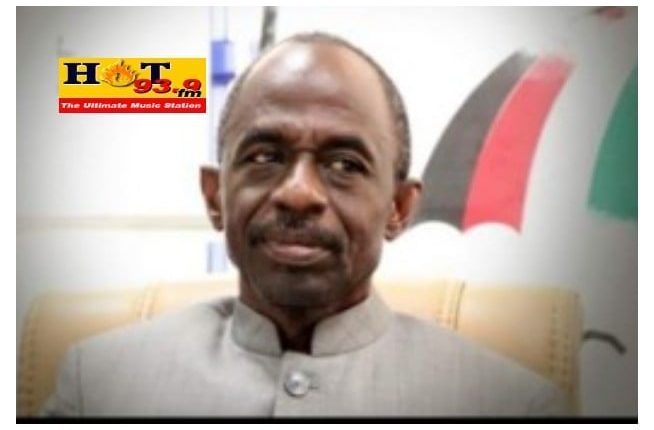 A member of the communication team of the ruling New Patriotic Party (NPP)Lawrence Kwasi Antwi better known as Abiola has indicated that the General Secretary of the opposition National Democratic Congress(NDC) Johnson Asiedu Nketia, is “very evil to Ghanaian Politics.”

On Sunday, August 2nd, Asiedu Nketia was seen in a viral video clashing with soldiers who in the wake of disturbances that resulted in the sudden demise of one person in Banda about a week ago were dispatched to assist other security agencies to calm matters in the area.

The Military Officers were alleged by Asiedu Nketia to have barred some Ewes in the Bono region from registering at the Banda Assembly.

According to the NDC stalwart, instead of the soldiers discharging their core duties as expected,they are rather supporting the New Patriotic Party (NPP) Parliamentary Candidate to repudiate the agreement signed by the two main political parties.

Commenting on the issue on Hot93.9FM’s Political talk show ‘Dwenehobiom’ –hosted by K.K, Abiola debunked all the claims and allegations made by the NDC general secretary by reiterating furiously that “Asiedu Nketia is diabolic and capricious… he is very evil to Ghanaian politics”

According to the NPP communicator, bussing of people to register by Asiedu Nketia did not “make any sense” because provisions had been made for every area to have their own polling station, and these polling stations are walking distances.

Based on this assertion, Abiola accused the NDC Chief Scribe of attempting to create a false impression about the registration exercise which has been “the most successful exercise to have been conducted.

Abiola counter-alleged that the NDC is making a conscious effort to create chaos, instead of crediting the Electoral Commission Chairwoman, Jean Mensa for a good job done.

“This is because the NDC leadership promised their people of their success in making sure that the Voters’ ID registration exercise does not come off, but have failed drastically; and their members are disappointed in their leadership”.Abiola alleged

He added, “because the NDC supporters are disappointed in their leaders, the leaders want to do something just to make their supporters believe that they are working.”

Kindly watch the full interview below.