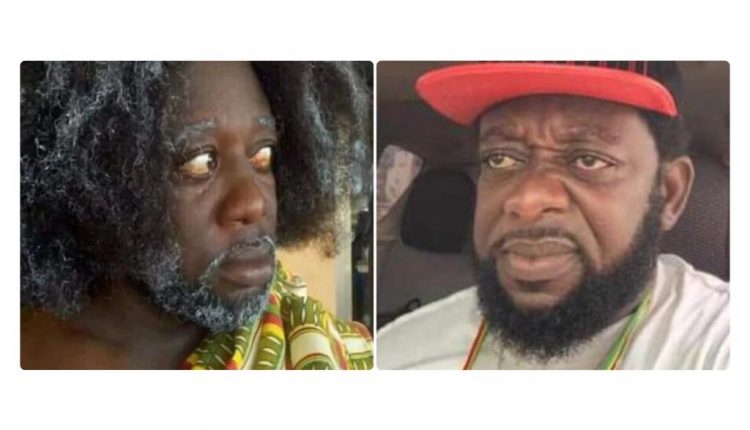 Few weeks ago, popular Kumawood actor Tutu died under mysterious circumstances. The actor reportedly fell ill for a while and died later.

It would be recalled that, following his death, the late Kumawood actor’s mother in an interview sighted by Hotfmghana.com accused unnamed colleagues in the Kumawood movie industry of killing her son as some pins were reportedly retrieved from his throat.

The latest update  shared on his death by popular TV Personality and social commentator Nana Hoahi is that Tutu was allegedly killed by one Ada market woman who he defrauded of GHC 200.

According to Nana Hoahi, a woman contacted him to help her retrieve her GHC 200 from Tutu after he defrauded her by claiming she was going to double the money for her.

The woman revealed Tutu claimed on TV that when you send GHC 200 to them, they will give you GHC 2000 but after she sent it, she couldn’t get them to honour the deal or even pay her GHC 200.
After trying many times without succeeding, she contacted Nana Hoahi to help her to retrieve the money.

According to Hoahi, he wasn’t able to help the woman as he wasn’t part of the deal. The woman replied the late big-eyed actor won’t chop her money scott free but she would put an embargo on his voice and kill him later.

Tutu sadly died on  Tuesday, May 17, 2022 in his home town , Sakra Wonoo in the Ashanti Region. He was one of the longest-serving actors in the Kumawood movie industry. He usually played the role of a fetish priest .