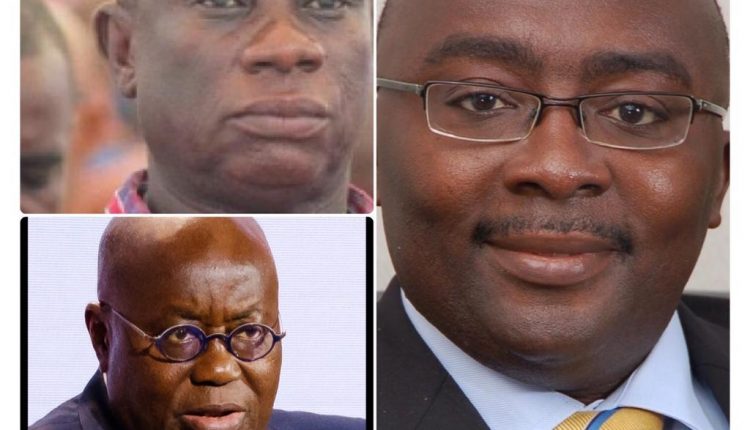 The Deputy General Secretary of the ruling New Patriotic Party (NPP), Lawyer Obiri Boahen has revealed that Vice President, Dr Mahamudu Bawumia is the best candidate to succeed President Akufo-Addo in order to retain power for the party in the 2024 elections.

Filing of registration forms to contest in the Presidential Primaries of the ruling New Patriotic Party was opened on Wednesday, June 8,2022.

Some prominent persons have been tipped to succeed Akufo-Addo as the flagbearer of the party. Vice President, Dr. Mahamudu Bawumia and Trade Minister, Alan Kyerematen have been heavily projected to be the main successor of the president.

Aside from these two, Former Energy Minister, Boakye Agyarko; Minister of Food and Agriculture, Owusu Afriyie Akoto ,Former Railways Minister, Joe Ghartey and the MP for Assin Central, Kennedy Agyapong have also declared their intentions to contest in the Presidential Primaries.

Speaking in an exclusive interview on Hot 93.9FM’s ‘Dwene Ho Bio’ political talk show hosted by Bonohemaa , Lawyer Obiri Boahen who was asked to reveal his preferred candidate to lead the Party in order to retain power in the 2024 elections said Dr. Mahamudu Bawumia is the best candidate to succeed President Akufo-Addo.

” I wish all the Candidates very well… but my preferred candidate hails from Mamprusi and Walele… His Mother also died not long ago…he really likes laughing excessively…Some even call him digitalization…he is the best Candidate to succeed Akufo-Addo “. He told Bonohemaa

But upon persuasion to directly reveal the name of the preferred choice, immediately the hostess mentioned Dr Bawumia’s name after mentioning the names of Kennedy Agyepong and Alan Kyeremanteng, the deputy  General Secretary of the NPP shouted:

” Yes ooo, he is from Manprusi ooo You are totally right”.

Lawyer Obiri Boahen urged the delegates to be vigilant by voting for Dr. Mahamudu Bawumia during the National Delegates Congress which will commence from July 12 till July 14 ,2022 to retain power for the Party .