Kevin-Prince Boateng Could Retire At End Of 2022/23 Season 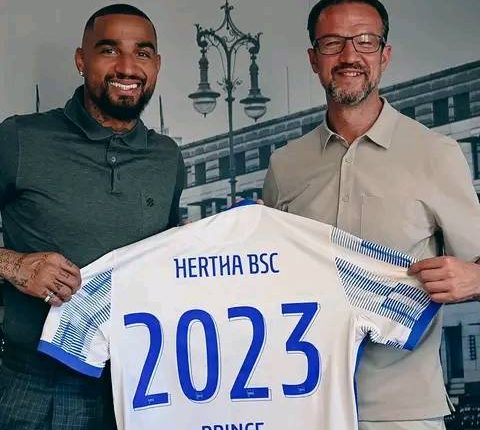 Herth Berlin’s Kevin-Prince Boateng is reported to retire after his contract with the club expires.

According to sources, Boateng will not sign an extension contract next summer.

The 35-year-old is yet to officially comment on the matter.

Kevin-Prince Boateng is a product of Hertha Berlin’s academy. He graduated at the age of seven before he was promoted to the senior team in 2005.

He was part of the Hertha Berlin squad that defeated Hamburg in the play-offs to retain their place in the Bundesliga for next season.

He featured in 53 games for the senior team before he was signed by Premier League side Tottenham Hotspur in 2007.

Since then, he has gone on to feature for Genoa, AC Milan, with whom he emerged as Serie A’s champions in 2011, Schalke 04, Las Palmas, Eintracht Frankfurt, Sassuolo, and Barcelona.

He also played for Fiorentina, Besiktas and Monza before he returned to Hertha Berlin in 2021.