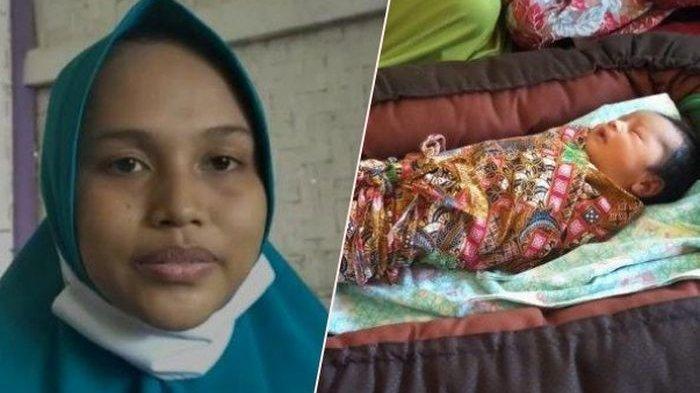 A ridiculous story going viral online details a claim made by one woman who claimed that she became pregnant by a gust of wind that entered her vagina, prompting the local police to launch a full investigation.

To compound the complexity of her story, the woman, identified as 25-year-old Siti Zainah, has also claimed that she gave birth just an hour after realising she was pregnant.

According to reports, she gave birth to a healthy baby girl last week in the town of Cianjur, located in the southern Indonesian province of West Java.

The woman told local media that she was in her living room when a gust of wind blew across her house. Just 15 minutes later, she said she began to experience pain in her stomach, which started to grow big very quickly.

Siti claims she was rushed to a community health clinic, where she gave birth to her child.

“After afternoon prayer, I was lying face down, and then suddenly I felt a gust of wind enter my vagina,” she was quoted as saying by local media.

The news of her bizarre pregnancy spread quickly around the town and eventually, it went viral on social media. Situ was paid a visit by local authorities, who were bamboozled by the entire news.

“I went to the location with the sub-precinct chief and district head. The mother and baby are in a healthy condition and the birth process was normal. The baby’s gender is female and she weighs 2.9 kilogrammes,” Eman Sulaeman, director of Cidaun’s community clinic, said.

Eman added that it is likely the woman experienced a cryptic pregnancy, one in which a woman is unaware about her pregnancy until she goes into labour.

Following the childbirth, cops visited Siti’s house to start their investigation and put an end to all rumours.

“The point is that we want to straighten out the confusing news about the pregnant woman who gave birth in a way perceived to be unnatural. We don’t want this matter to foster wild rumours among the public,” said a police spokesperson.

Last year, a woman gave birth to her baby but had no idea that she was pregnant.

Grace Meachim, from West Sussex, was unaware that she was 37 weeks pregnant as she had no visible baby bump. She was taking her contraceptive pill “religiously” and still had periods.

Information from timesnownews was also added to this report.

Stevie Wonder Reveals His Plans Of Moving Permanently To Ghana