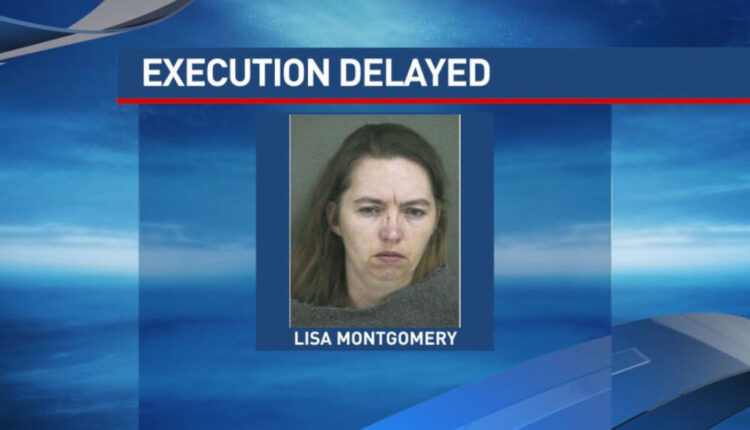 A judge has granted the only woman on US federal death row a 24-hour stay of execution to check whether she is competent to be put to death on mental health grounds.

Lisa Montgomery, 52, who strangled an expectant mother before cutting her unborn child from the womb and passing it off as her own, was due to die by lethal injection on Tuesday at the Terre Haute federal prison in Indiana.

Judge James Patrick Hanlon, from Indiana, based his ruling on evidence that Lisa Montgomery, 52, was unable to understand the government’s rationale for her execution.

She would have become the first woman to be federally executed in America for 70 years.

Montgomery drove 170 miles from her home in Kansas to the house of heavily pregnant dog breeder Bobbie Jo Stinnett, 23, in Skidmore, Missouri, in December 2004 under the guise of picking up a puppy.

But instead she strangled her with a rope and used a knife to perform a makeshift caesarean before fleeing with the premature baby girl.

She was caught after trying to pass the child off as her own as part of a plot to win custody of two of her four children.