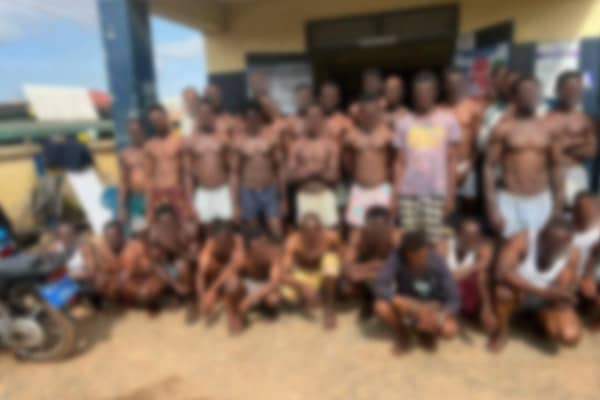 The Ghana Police Service has arrested 29 suspects for their involvement in violent clashes between two factions at New Tulaku, Ashaiman, in the Greater Accra Region in the wee hours of October 28, 2022.

According to the Police, an initial investigation revealed that a misunderstanding between two rival factions at the New Tulaku meat market resulted in the attack in which six people sustained various degrees of injuries.

“The injured are currently at the hospital receiving medical attention, and are all in stable condition, according to the medical authorities,” the Police said in a statement.

“The police have since restored calm and deepened personnel presence at Ashaiman and its environs.

Hotfmghana.com has learnt that investigations are still ongoing. 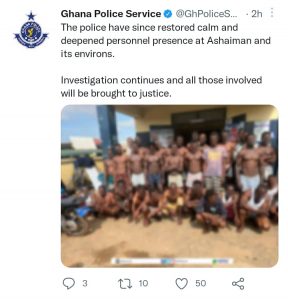