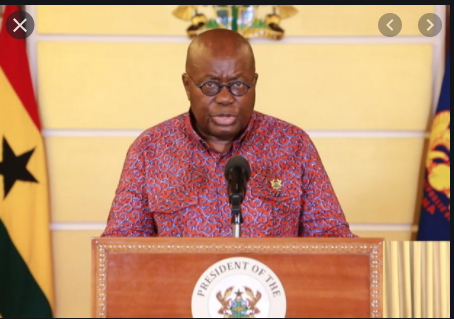 News reports have it that President Nana Addo Dankwa Akufo-Addo ordered for the closure of the new Lesbian, Gay, Bisexual, Transgender, and Queer Individuals (LGBTQ+) office in Accra.

On February 2, 2021, a tweet from @LGBTRightsGhana showed photos of the opening of the LGBTI office in Accra.

At the time, while it was unclear where exactly the office was located, or, what the creation of the office aimed to achieve, many calls were made for it to be closed.

Among those strongly advocating against the practice of the LGBTQ+ community in Ghana, is Moses Foh Amoaning, the Executive Secretary of the National Coalition for Proper Human Sexual Rights and Family Values, who has described the acts of this community as a new form of neocolonialism.

In the heat of all that was going on, it was reported by some tabloids that the president had ordered for the closure of the office, an information only sourced to Moses Foh Amoaning.