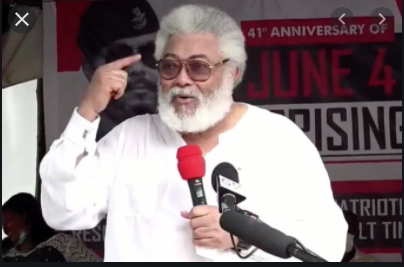 Group Captain Richard Fordjour (Rtd.), a confidant of the late President Jerry John Rawlings has revealed that the late former president in his last days on earth felt betrayed by those that he had worked with in the past.

Speaking at a vigil held in his memory at the Air Force Mess in Accra, Group Captain Fordjour (Rtd.) stated that the release of Kwamena Ahwoi’s book which was very critical of Rawlings, was the final nail in Rawlings’s coffin.

‘Working with Rawlings,’ a book authored by Prof Kwamena Ahwoi who served as Secretary for Local Government and later Minister for Local Government tells details of experiences of people who worked with the late military leader who later became an elected head of state.

The book described the former Ghanaian leader as someone who always intimidated his subordinates.

Professor Ahwoi described the former president as “a divisive leader who is incapable of keeping and sustaining friends”.

”Oftentimes, he would feign disinterest and be looking through the window or playing with his toy planes,” the former minister wrote on page 232 of his, “Working with Rawlings” book.

Professor Ahwoi also on the same page said that the former president “did not understand many of the very technical issues” tabled at cabinet meetings, a weakness which led him to engage in activities which were not part of such discussions.

Reflecting on those matters, Group Captain Richard Fordjour (Rtd.) said while remembering his last encounter with Rawlings: “In his last days, he [Rawlings] died betrayed. That book, that was and the response that came from those he worked with, really hit him very hard. We did our best to restrain him from responding but it was a big blow to him.”

He further stated that the release of the controversial Ahwoi book, coupled with the death of Rawlings’s mother Madam Victoria Agbotui – both events occurring close to each other in 2020 – were a big blow to Rawlings.

“Given the benefit of hindsight, his late days [were] not his best, apart from the medical condition that got deteriorated,” Group Captain Fordjour stressed.

He left behind his wife the former First Lady Nana Konadu Agyeman-Rawlings, and four children.