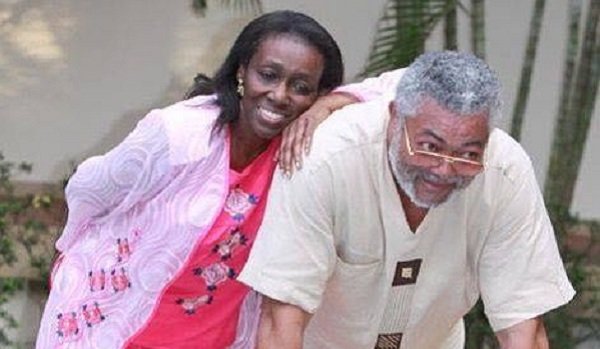 It emerged for the first time, his intentions to soon publish a book; “The triumph over Evil”, when one of his former appointees and close friends, Prof. Kwamena Awhoi, released his book; “Working with Rawlings”.

The book sparked controversies with some revelations it contained and warranted a subsequent response by the former President, Flt. Lt. Jerry John Rawlings who suggested that Prof. Awhoi’s book had been published at the time to “pre-empt the exposure” that his book “promised to reveal about” some elements in the National Democratic Congress.

Though the book could not be published prior to the unfortunate demise of the late former President, his special aide who had worked for about 6 years with him had a few words to say about its progress.

According to Dr. Donald Senanu Agumenu, though he had already disclosed every detail to make up the book, his respect for his wife, Nana Konadu Agyemang Rawlings made it such that, he had to hold on to the publication of his book.

Whilst eulogizing the former President in an interaction with GhanaWeb, Dr. Senanu said, “He [Rawlings] will always tell you that ‘I don’t want my book to overshadow my wife’s book’ so I was waiting for madam, her excellency Mrs. Agyemang Rawlings to publish her book.”

Dr. Senanu Agumenu further mentioned his deceased boss was a selfless and dedicated man. He cited that the late Rawlings occupied himself with issues of national interest than personal matters.

“Today he wants to publish the book, tomorrow, he has other national issues because he was a busy man. He gave himself too much to the world than even to himself or to the immediate family” he revealed.

Mr. Rawlings died at the age of 73 at the Korle Bu Teaching Hospital (KBTH) in Accra on November 12, 2020. His final burial rites have been scheduled to come off from January 24 to 27, according to a communique by the Foreign Affairs Ministry to the international community and diplomatic missions.