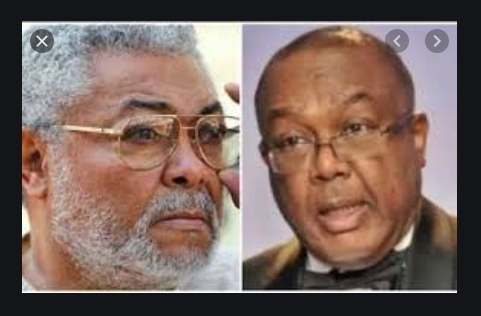 Former Spokesperson for the late former President of Ghana Jerry John Rawlings, Victor Smith says he is finding it very difficult to accept the death of the founder of the NDC writing a tribute that among others referenced the ex-president’s alleged mood swings.

According to him, the late former President loved life and would have wanted to live longer but God knows best.

To him, although Rawlings had some close encounters with death, he stood strong until he retired from active public life.

“He took great risks in bringing about the revolution and sustaining it for over 10 years. He had some close encounters with ‘death’ at different times during his adult life until he retired from the high office of the head of state.”

Our late President was a political enigma. He was liked and disliked by many people for different reasons.

His temper flared up at times but quick to cool down. He exhibited an interesting sense of humour.

A very likeable person if you had the opportunity to get close to him enough, to appreciate his commitment to social justice and his desire to see others prosper and to live a life of decency.

JJ was a very strong personality, very courageous and with conviction on the principles for which he launched the 31st Dec revolution. He took great risks in bringing about the revolution and sustaining it for over 10 years. He had some close encounters with ‘death’ at different times during his adult life until he retired from the high office of head of state.

He had mood swings and was predictable at times.

Some of us cannot simply accept that JJ just died. He was larger than life. He loved life, and I won’t doubt that, at the point of death, he may have wished he could live longer, but the good Lord knows best. He gives and He takes away. May the good Lord absolve him of all his trespasses.

His part in the political history of this nation cannot be erased, EVER; it doesn’t matter how anyone looks at it.