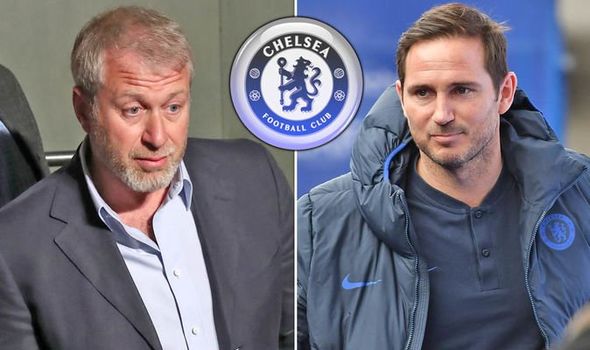 Chelsea owner Roman Abramaovich has said Frank Lampard’s status as a Chelsea legend will “remain undiminished” after the Blues sacked their manager on Monday.

Despite an unbeaten 16-game run to kick off the 2020/21 campaign, Lampard has overseen a run of five losses in eight Premier League games which has proved to be his downfall and the axe fell on Monday morning.

The club’s all-time record goalscorer was appointed ahead of the 2019/20 campaign and led the Blues to a fourth-place finish and FA Cup final in his first season at the helm.

The Blues had been under a transfer ban as well and had also sold Eden Hazard to Real Madrid in a season which saw the Blues overachieve.

That Chelsea are currently ninth in the Premier League, well off the Champions League places, and woefully out of form has contributed to Lampard’s dismissal.

Owner Abramovich is not one to usually make statements at all on Chelsea so to see him comment on Lampard’s dismissal is certainly rare but it also shows how highly thought of Lampard is by Abromavoich despite the decision being made on Monday.

In the confirmation of Lampard’s departure, Abramovich said: “This was a very difficult decision for the Club, not least because I have an excellent personal relationship with Frank and I have the utmost respect for him’.

“He is a man of great integrity and has the highest of work ethics. However, under current circumstances we believe it is best to change managers.

“On behalf of everyone at the Club, the Board and personally, I would like to thank Frank for his work as Head Coach and wish him every success in the future.

“He is an important icon of this great club and his status here remains undiminished. He will always be warmly welcomed back at Stamford Bridge.”