Saudi Arabia Players Gets Rolls-Royce Each For Defeating Messi’s Argentina. 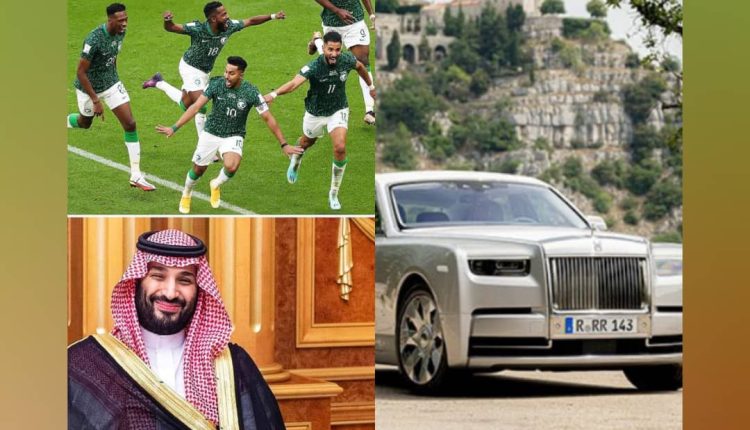 Saudi Arabia’s heroes are set to be rewarded with the British luxurious automobile Rolls Royce each after pulling off one of the all-time World Cup shocks to beat Leo Messi’s Argentina team in a Group C opener clash last Tuesday.

Now Herve Renard’s men are to each receive a Rolls Royce Phantom – which can cost up to £480,000 – from Saudi Arabian Prince Mohammed bin Salman Al Saud.

It comes after footage in France disclosed Renard inspired his men by ordering them to stop looking for a selfie with Lionel Messi.

Via a translator, he accused them of showing Argentina too much respect and said: “What are we doing?! What is this pressing…?! If [Lionel] Messi has the ball in the middle of the pitch you stay in front of the defence. You can take your phone and have a picture with him if you want!”

Tuesday’s comeback win – after Lionel Messi had put Argentina in front – left the Saudis top of group C. They now face Poland on Saturday looking for a victory that would put them into the knockout stages.

Argentina manager Lionel Scaloni called on his players to honor the memory of Diego Maradona by getting their World Cup back on track against Mexico.

On the second anniversary of the death of the nation’s footballing hero, Scaloni invoked the spirit of the man who captained his country to success in 1986 as they look to bounce back from their shocking defeat to Saudi Arabia.

Anything other than a victory would leave the South Americans’ hopes of progressing out of Group C hanging by a thread. “Today is a very sad day for everyone,” Scaloni told a press conference.

“Tomorrow, we hope to bring some joy for Maradona, who will be looking down at us from the sky. That will be the most important thing for us. Every time we see images of him it is unbelievable that he is not here with us. Hopefully, tomorrow will be a happy day for all of us.”

While the 2-1 loss to Saudi Arabia, having been ahead, was a major surprise and put Argentina’s tournament at risk, Scaloni insists they have put the result behind them. And he is confident his players will produce a response after pledging they will “break their backs” to turn things around.