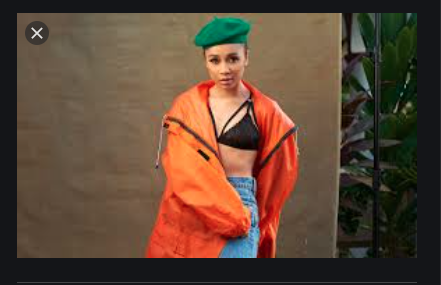 Ghanaian singer Deborah Vanessa aka Sister Derby has made five arguments explaining why LGBTQI must be legalized  in Ghana.

For those of us who don’t know, #LGBTQI stands for Lesbian, Gay, Bisexual, Transgender, Queer and Intersex. Sometimes, Asexual and Pansexual are added to the conversation.

In Ghana, there seems to be a concerted effort by the citizenry not to allow for the legalization of #LGBTQI with the explanation that our laws do not allow it and our cultural and moral structure forbid it.

Meanwhile, there are other Ghanaians like Sister Derby who believe every human being is entitled to pick, choose and exercise their sexual fantasies without any hindrance or whatsoever.

With the setting up of the #LGBTQI office in Ghana and other societal issues Sister Derby believes are more damning to the growth of Ghana which needs to be tackled, the singer believes #LGBTQI needs to be legalized ASAP.

Sister Derby has been ranting on social media with several posts and write ups just to put the message across that #LGBTQI is as harmless as every other thing the Ghanaian can think about. Therefore, Ghanaians need to refocus their attention on pressing issues and allow for the legalization of #LGBTQI.

Her stance has been met with severe opposition and backlash from netizens who believe Sister Derby does not fully comprehend the ills that are associated with #LGBTQI and why Ghana is never going to implement its legalization.

1, “Bloodclarts, legalising #LGBTQI does not mean they are coming to molest or rape you like your uncles did while mothers protected them. That’s a crime. It means they will be protected from homophobes like you, so you can’t harm them! Let them be! Period! #LGBTQ #LGBT “

2, “The bishops/priests claim Jesus was the most kind person who they followed while being wicked to a marginalised group Jesus would have protected and fought for!!! Think about it. #LGBTQI #LGBTQ”

3, “Why have a law that says criminalise humans whose sex preference is diff from yours? Why does their toto concern you so much? Yet you don’t get this angry when people are raped, children are forced into marriage, or even innocent people killed?! Common sense is lacking obv #LGBTQ”

4, “If ‘the sex’ is not rape or defilement, how are 2 consented adults dating our issue? Rape and child marriage(which consists of abuse, pedophilia, slavery) causes trauma which can last for long that is why that should concern us not two consented gay adults. Think!#LGBTQ #LGBT”

5, What an evil man! If persons with albinism like him weren’t protected like we are trying to protect the #LGBTQ community, will he be alive today?! ‘Albinos’ were being killed for just being and he’s doing same to the gay now. FOH Amoaning