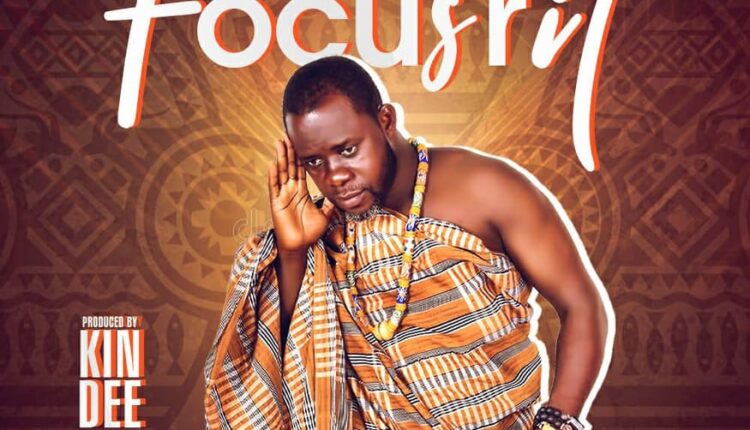 Crooned in mid-tempo Highlife vein and engineered by award-winning Producer Kin Dee, the video of ‘Focusrite’  was directed by Third Eye.

The song cautions politicians to implement their campaign promises. According to him, politicians shouldn’t think because they’ve been voted into power and that they can only amass wealth without focusing on changing the lives of the people.

Ahenfo stressed in the song that, that stupidity of politicians neglecting the main motive for coming into power wouldn’t be condoned any longer.

He advised that “Journalists, religious bodies and Politicians let’s all put our differences aside and come together to help make our country a better place”.

Karim Alhassan aka Ahenfo, who is noted for songs such as ‘Odo Mu Odo’ featuring Kofi Kinaata and ‘Fantastic ‘ shot to fame when he astonishingly revealed in an interview with Hot FM TV that it is good celebrated Highlife Musician, Kofi B has died. According to Ahenfo, the death of the ‘Mombrowa’ singer is an indication that it is time for him (Ahenfo) to shine.