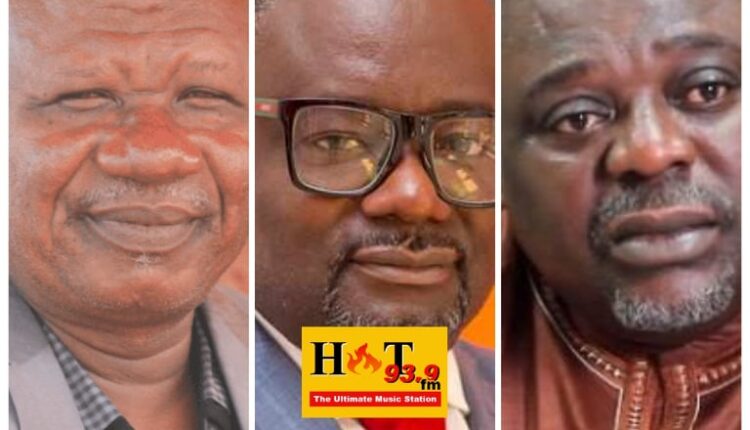 The Founder and Leader of Liberal Party of Ghana, Mr. Kofi Akpaloo has called on The former Central Regional Chairman for the NDC, Mr. Allotey Jacobs and the former Deputy General Secretary of the NDC, Mr. Koku Anyidoho joined his party after being suspended from the National Democratic Congress.

Mr. Allotey Jacobs and Koku Anyidoho were suspended from the NDC due to offenses that were termed by the party as “anti-party conducts” and ” ill-will speeches accentuated or underlined by malice and calculated to subject the party to public ridicule.” respectively.
In an Interview with Sirr Cephas on Sirr Cephas.com, sighted by Hotfmghana.com, the LPG party founder said Koku and Allotey are great assets that can help his party flourish.
According to him,  if they decide to join the party, he will ask his Party General secretary and Regional Chairman to step down for them to take over.
He stressed that his party is ready to welcome and work with anybody that wants to join them to realize their political dreams, especially the youth hence if NDC does not want Koku Anyidoho and Allotey Jacobs, he and his party are ever ready to work with them and offer them even better positions in the party.
Watch video of Akpaloo’s submission below
0
Share

I’m A Gay ; I Denied Being Gay Out Of Fear – Journalist