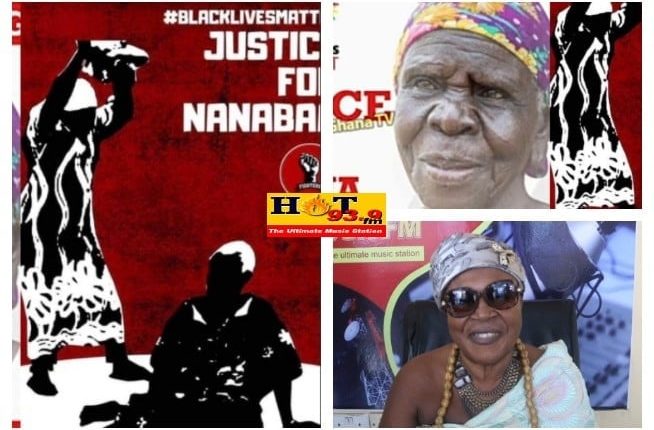 Following recent news on the heinous lynching and killing of the 90-year-old woman, Maame Akua Denteh at Kafaba in the Savannah Region for allegedly being a witch, several concerns have been raised by both the general public and prominent organizations in the country.

The leadership of the Queen Mothers’ Foundation of Ghana also could not afford to remain blithe as they have come out to join the great course of the mass to protect the vulnerable, old women in the country.

Speaking to Hot 93.9 FM in an interview was the Deputy Vice President of the Queen Mothers’ Foundation of Ghana, Nana Kobiwa-Acquah III (Odikuro of Bosome near Ayeldu in the Kwamang district and Mawere Hemaa of Kwamang Traditional area) who described the act as obsolete and a thing of the “14th century” which should not be tolerated in the modern world.

One of the arrested culprits, Latifah Bumaye, who claimed to be the granddaughter of the 90 year old women said upon her apprehension that she was possessed and was unaware that she was torturing her grandmother.

Nana Kobiwa-Acquah differed and argued that if everyone is going to blame their despicable acts on evil possession just so they can walk away without chastisement, such nefarious activities are never going to be curbed in the country.

She, therefore, maintained that such activities and the false prophets who instigate them should be put in check.

According to the leadership of the Queen Mothers’ Foundation, the association is going to take up the role of educators unto the mass: thus, their role will be to educate the people on situations such as these.

Nana Kobiwa-Acquah III however, expressed her shocked at the matter saying, “the woman was never a witch while she was young, but is suddenly a witch when she is in her old age.

Kindly watch the interview below.