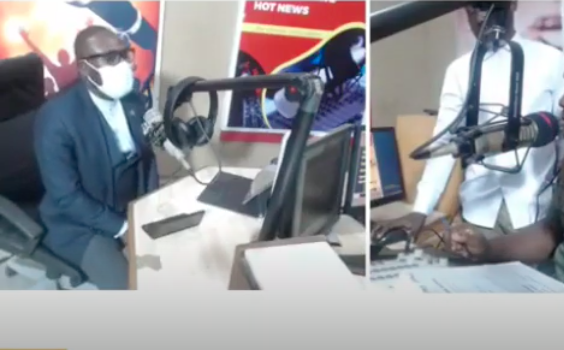 Lawyer Ohene Gyan has condemned the statement made by Dominic Ayine that the Supreme Court has a predetermined agenda to rule against the petitioner(NDC) as irresponsible.

Dominic Ayine’s remarks follow a united decision by the Supreme Court to dismiss an application by lawyers for the petitioner that sought leave to reopen his case and subpoena the Electoral Commission Chairperson, Jean Mensa.
In his remarks to the press, Dominic said, “I am surprised that the Supreme Court itself, having set down 5 key issues to be determined is now reducing the issues to 1, which is, the extent to which the evidence we have laid shows that no one got more than 50%+1 of the votes. we made it abundantly clear in the petition that there were a number of infractions, we are contesting even the constitutionality of the declaration that was made. We are saying that Jean Mensa violated Article 23 of the constitution because she is an administrative body. We have also said her exercise of discretion was contrary to Article 296 of the constitution”.
Dr Ayine further stated that “These are all germane issues under the constitution and laws of Ghana and to reduce the petition into a single issue petition is rather unfortunate and *smacks of a predetermined agenda to rule against the petitioner in this matter*”.
In an interview with Boamah Darko Isaac on Hot 93.9 FM’s Political talk show “Dwenehobiom” , Lawyer Ohene Gyan affirmed that, any process or decision Supreme Court takes is rightly according to the Constitution and the law, therefore Dominic Ayine being one of the legal team of the petitioner is irresponsible in his statement to say that the action taken by the court is a predetermined agenda to rule against the petitioner.
Watch video of Lawyer Ohene Gyan’s submission below
0
Share