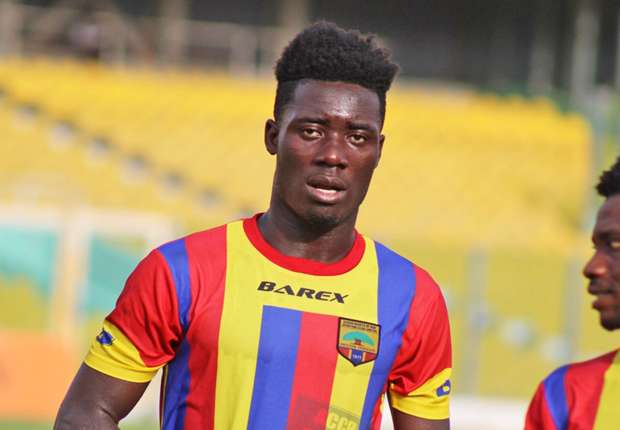 Former Hearts of Oak midfielder Winful Cobbinah has been sentenced to four months in prison in Albania after being found guilty of ‘forgery of official documents’.

Winful Cobbinah, who currently plies his trade with Albanian Champions KF Tirana was hit with the shocking sentence at the Tirana court on Tuesday after he was found guilty of forging his residence permit.

The Tirana midfielder was dragged to an Albanian court last month for allegedly forging documents to receive Albania passport.

Cobbinah earlier last month was granted full citizenship of the south-eastern European country by President Ilir Meta, together with it came a passport that would enable him to freely move in many European countries.

The decision was heavily criticized by Minister Edi Rama, the prime minister, he reportedly accused the president for forging documents to grant full citizenship to Cobbinah.

This was on the fact that the Ghanaian has spent only two years in Albania, while it takes five years of continuous legal residence to apply for citizenship but for Winful Cobbinah it was facilitated within eight hours.

After proceedings, the Ghanaian midfielder has been found guilty and sentenced to four months in prison in Albania.

Cobbinah’s good conduct since his move to Albania means that the judge asked him to serve the community for 100 hours because ‘he is not a threat to the society’, judge said when issuing his ruling.

This means the humble Ghana star walks free from any confinement in prison and can continue to play for his top-flight side FK Tirana.

It was alleged that his citizenship was fast tracked so he can play for the Albania national team.

A feat which most believe was one of the reasons why Cobbinah was handed Albania citizenship after spending just 2 years in the country.