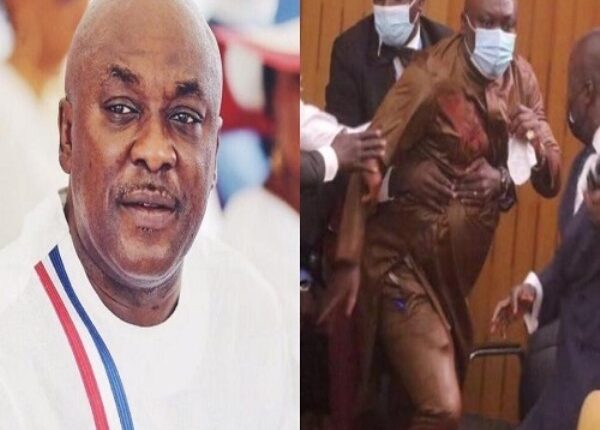 Some concerned youth of Tema West constituency has called for the removal of Member of Parliament, Carlos Ahenkorah as the constituency’s representative.

This decision comes after ‘gross misconduct’ by the Tema West MP during the election of the Speaker for the 8th Parliament.

In this view, some constituents have opened a petition book at various locations in the constituency on Monday to garner signatures.

During live coverage of the inauguration of the 8th Parliament,Carlos Ahenkorah was caught snatching ballot papers as he sped off to the nearest exit.

Meanwhile, the group indicated that it would in the coming days, submit a petition to Parliament for the removal of Carlos Ahenkorah as a legislator.

Some Ghanaians have expressed disappointment and worry over the conduct exhibited by Members of Parliament on January 7.

Many citizens and institutions have also called for several sanctions to be meted out to the legislators for failure to behave in accordance to the law.