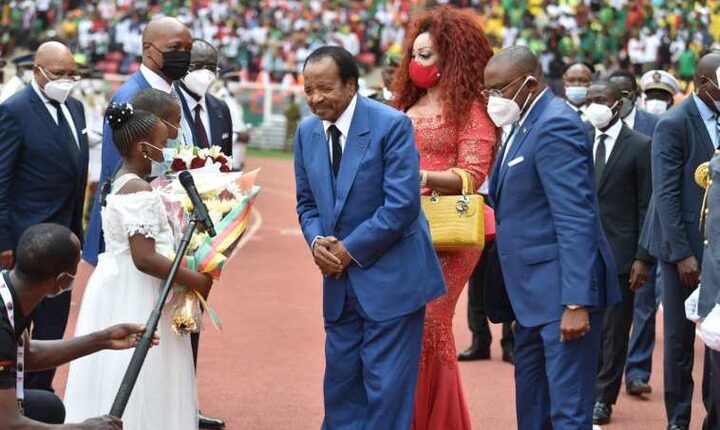 A video has emerged of Cameroon President Paul Biya collapsing during the opening ceremony of the Africa Cup of Nations, Afcon at Paul Biya Stadium, Olembe on Sunday.

Biya, 88 and the first lady Chantal Biya had left their seats to applaud a great performance by Congolese rumba star Fally Ipupa only for the oldest Head of State in Africa to collapse on resuming his seat.

Perhaps not to attract more attention, Shantal appeared a little bit unmoved and continued to clap her hands as presidential aides helped Biya back to his seat.

Paul Biya is the second longest serving president in Africa and has been in power since November 1982, a cool 40 years.

He presides over a linguistically divided country in which the English-speaking (Anglophone) regions want autonomy and have been waging an independence battle against the government since 2016.

Nana Adwoa Annan: Shirley Frimpong Manso Must Be Studied In The Universities