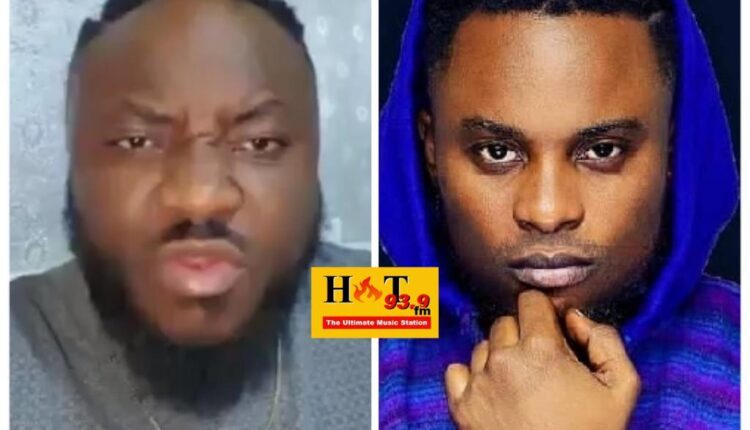 Celebrated Comedian DKB has consoled Ghanaians with the hit song of award-winning UK-based Ghanaian Afro gospel musician, Joseph Matthew also known as JM dubbed ‘The Name’ after the Black Stars’ exit from the ongoing African Cup Of Nations in Cameroon.

‘The Name’ is a song of reminder to Christians, no matter the challenges we may go through, our victory is assured and also there is power in The Name of God. Ghana Black Stars on Tuesday, were knocked out from the AFCON after losing 3:2 to Comoros.

The Black Stars finished bottom of Group C with just a point from three games. This is the first time Ghana have gone out in the group stages since 2006 in Egypt.

The defeat has sparked a wave of anger and controversy in the West African nation with widespread calls for the sacking of Milovan Rajevac and massive reforms.

However, holders Algeria also exited the ongoing AFCON at the group stage on Thursday after loss to Ivory Coast.

The defending champions who needed a win in their final group game to qualify to the next stage from Group E were knocked out of the Africa Cup of Nations after losing 3-1 to Ivory Coast The 2019 champions were completely outplayed in Douala on Thursday, compounding a miserable tournament in which they failed to win a single game.

Speaking in a video shared on his social media platforms sighted by Hotfmghana.com, DKB blamed the exits of Ghana and Algeria from the AFCON on Nigeria.

According to DKB, “Former afcon winners Algeria are out of the competition .Algeria’s jersey is white and green and the Nigerian flag is green -meaning they are twins…Nigerians are greedy…they had 9 points in the group stage and didn’t share two points with Algeria and Ghana”.

After blaming Nigeria for the abysmal performances of Algeria and Ghana, DKB then consoled Ghanaians with Joseph Matthew’s ‘The Name ‘ hit song.