Akufo-Addo Made Me Neglect Kuffour – Dr. Nyaho-Tamakloe Opens Up 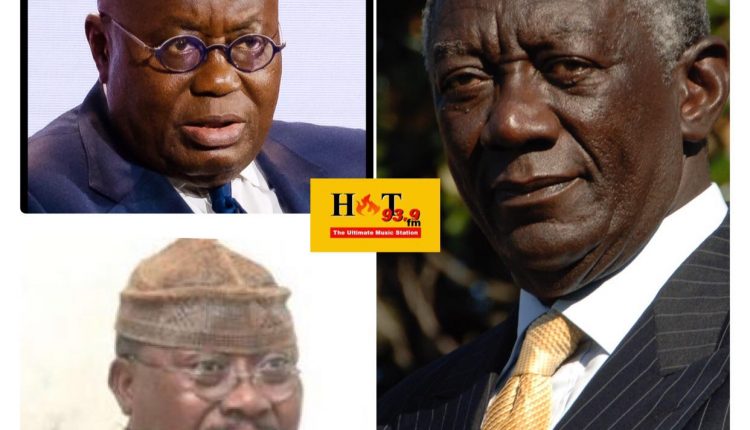 Dr. Nyaho Nyaho-Tamakloe, one of the founding members of the governing New Patriotic Party, NPP, has opened up about his relationship with President Nana Addo Dankwa Akufo-Addo.

The now-suspended member of the party claims, he took a lot of risk for the current President at the time that the party needed a formidable individual to become a flagbearer to be able to win the elections from the then government.

He said, because of his closeness to President Nana Addo Dankwa Akufo-Addo, he decided that he will go all out for him to ensure he became the flagbearer and eventually the President; because at the time, former President Kufuor ‘failed’ to win elections prior to 2000.

Speaking to Bridget Otoo on Metro TV’s ‘One On One’ show, Monday, April 25, 2022, the former Military Officer and a Medical Doctor explained:

“I was very close to Akufo-Addo, I took a lot of risks on his behalf, he knows it. Because of Akufo-Addo, I deserted Kufuor on principle. After Kufuor was unable to unseat Rawlings democratically, we thought that it should be somebody else.

“In fact, some of us had our minds on Kwame Pianim – another good leader – but unfortunately, because he wanted to unseat the military regime, even though he served over ten years in prison, he was not allowed to contest an election as a leader.”

Dr. Nyaho-Tamakloe continued: “So, some of us decided that ok, Akufo-Addo was then [very] vibrant, we thought he was very strong and he can speak truth to power, so, we followed him.

“We had an election in Sunyani where Kufuor, Akufo-Addo, and others were the main contestants [but] Kufuor won hands down. I was on the committee that was managing the affairs of Akufo-Addo; headed by Brigadier General Joseph Nunoo-Mensah, Yaw Osafo Maafo was part

“We used to have a meeting at Akufo-Addo’s house every Tuesday in planning and strategising on how he can come and eventually he succeeded and he came to lead the party,” he stressed.

The Greater Accra Regional Executives of the NPP in 2016, indefinitely suspended Dr Nyaho Nyaho-Tamakloe, for undermining the peace and unity of the party.

The decision to suspend him was conveyed by the Regional Chairman of the party at the time, Ishmael Ashittey, following a petition brought before the party by a member in the Ayawaso constituency.

The petitioner, Stephen Asante, had accused Dr Nyaho-Tamakloe of conducting himself in a way that undermined the peace and unity of the party.

According to the letter, a committee had been set up by the regional executive to investigate the matter and give Dr Nyaho-Tamakloe an opportunity to respond to the claims made against him.

Ignore The false Publication; Dr. KK Sarpong Is A True Son Of Offinso