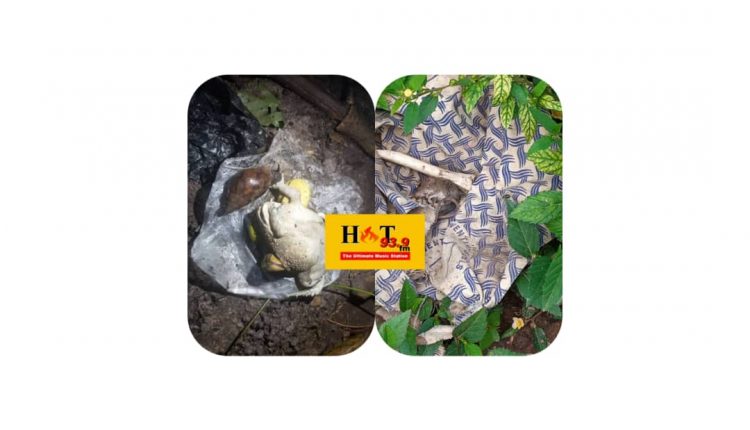 Alleged ritual activities have been reportedly circulating in a farming community in the Tain District of the Bono Region called Boadi. The Boadi town witnessed a sad incident last Sunday.

A JHS and Basic school new building donated by an NGO was closed down. The school’s closure was because students, parents and teachers were very disturbed over the strange ongoing ritual activities.

A report on Hot FM indicated that the strange issue occurred when they found a suspect named Kofi, who came to the compound to perform his routine rituals.
A dead frog, snail, chicken, cowries and cola nut were discovered at the scene.

These items were found on the way to the public toilet with one of the school’s uniforms.
The ritualist has been noted in the community for these ungodly activities. Whenever such items are found in any part of the community, unexplained incidences do happen.

This brought fear and panic to the community and the school premises leading to the close down of the school.

The teachers were frightened, and parents said they would not allow their wards to continue schooling there again since they did not know the exact reason for his actions.

The alleged ritualist has refused to show up to the council of elders in the community after a call. He also threatened to continue his evil acts. ‘I am also a chief here’ the ritualist claimed.

The suspect’s target is to block any development project in the community.

The Headmaster of the school said that parents were terrified when they heard about what happened in the school.

Authorities called for an immediate PTA meeting to advise parents not to transfer their wards to different schools as they were working to get solutions to the issue for students to start classes effectively again.

Parents have been convinced and classes have begun effectively, The chiefs and elders of the community are taking the bold step of investigating the matter vividly. 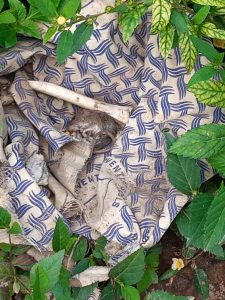 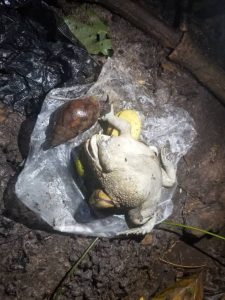 Reports Of Possible Coup In Burkina Faso: National TV Off Amid Heavy Gunfire