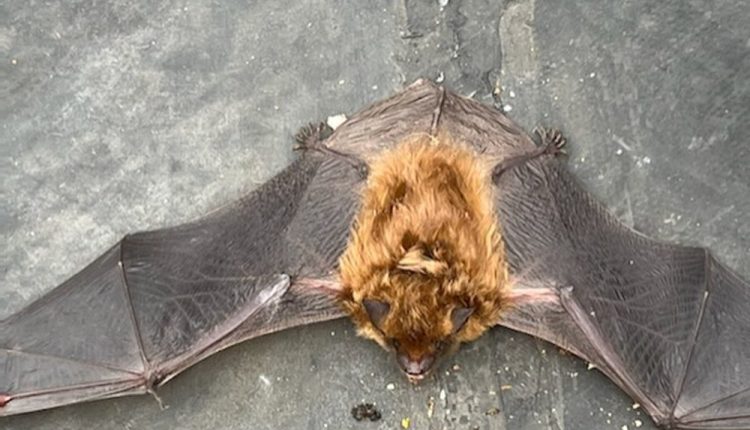 It has been confirmed that thirty(30) people have been killed by a strange bat at Twifo-Esukese Ekyir in the Hemang Lower Denkyira District of the Central Region.

According to sources, Nana Kofi Damtse, the chief linguist of the town revealed that it has been 25 years since this strange mammal came into their community.

Nana Damtse added that 30 people have lost their lives by the bat.

The chief linguist further explained that anytime the bat “cries”, one or two people die(s) in the community for the past 25 years.

A 30-year-old hunter in the community known as Isaac Nkoom rescued the situation by gunning down this strange animal.

Residents of the community have been rejoicing over the development.

Watch the Video Of The Bat Below: