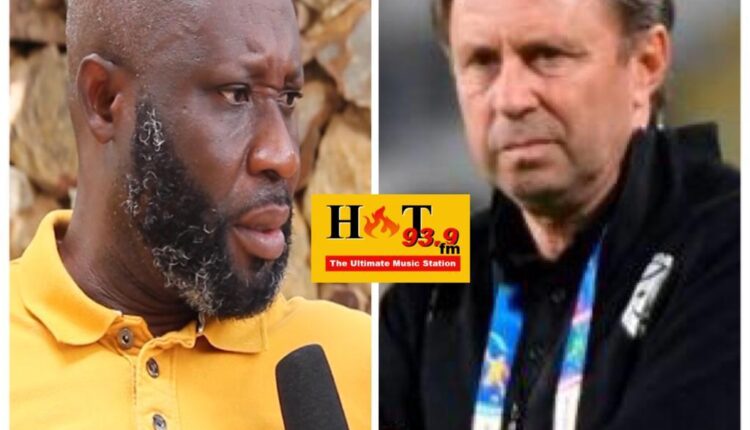 Former vice president of the Ghana football association(GFA) George Afriyie has cautioned the coach of the Black Stars Milovan Rajevac that he has no business stepping foot in Ghana after the team’s abysmal performance in the ongoing AFCON.

The Black Stars finished bottom of Group C with just a point from three games.They cemented their bottom-ranked status in the group after losing 3-2 to debutants Comoros in Doula on Tuesday night.

The defeat has sparked a wave of anger and controversy in the West African nation with widespread calls for the sacking of Milovan Rajevac and massive reforms.

According to the former Vice President of the GFA, he would be extremely surprised if the Coach is not being sacked for putting up such a humiliating performance.

“This is a total disgrace…this shambolic performance of the team has never happened before…i will be very surprised if he is maintained as the head coach of the team for the world Cup”. He vented his spleen

The Black Stars are expected to fly back home on Thursday after their shambolic and obsoletely disastrous outing at this year’s tournament.