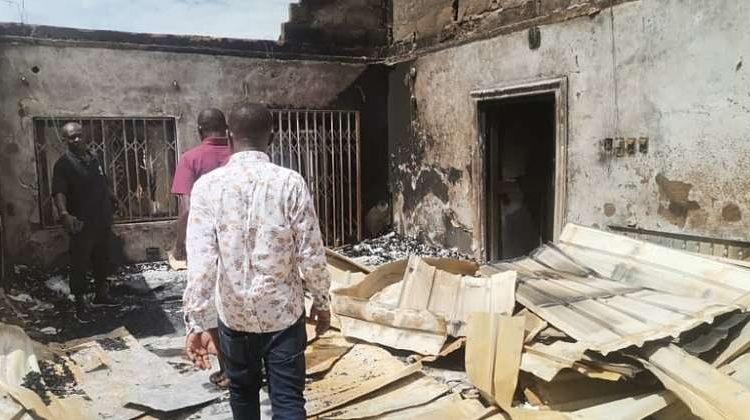 The deceased mother, Madam Felicia, died with her children.

Reports from HotFM revealed that the family of four got trapped in their rooms when the fire broke out, but the man among them survived the incident.

The incident occurred around 12:30 to 1:00 am on Monday, 9th September. Residents saw tick smoke around the 10-bedroom house.

Residents in the area rushed to help even thou all attempts to save the family proved vain.

Mr Owusu, the husband and father of the deceased, managed to escape by creating a hole in one of the burglar-proof windows. Efforts to rescue his family came to nothing as they were already burnt by the blazing fire”.

The husband, who sustained severe injuries, has been admitted to the Okomfo Anokye Teaching Hospital for treatment.

The charred remains of the three have since been deposited at the morgue of Okomfo Anokye Teaching Hospital.

Properties at the house amounting to thousands of cedis were also burnt.

The Asuyeboah North Police post said they have begun investigating the incident.

Watch the incident below

Over 15 Million Ghana Card Issued To Ghanaians And Non-Ghanaians

S/R: Student Narrates How He Escaped From Kidnappers