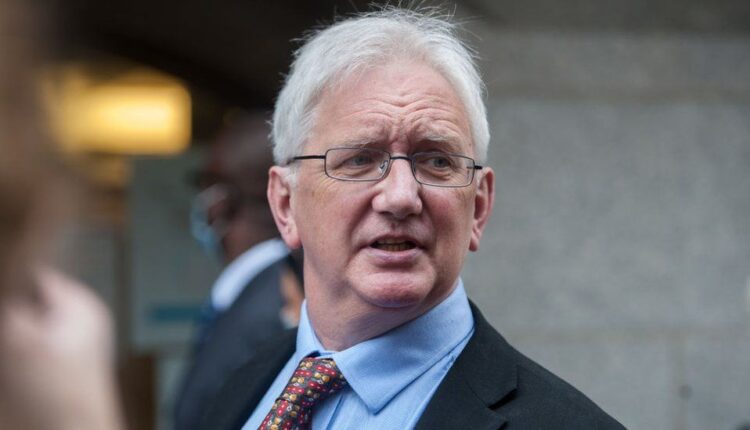 A blogger and former Deputy British High Commissioner to Ghana, Craig Murray has been sentenced to eight months in jail for “abhorrent” contempt of court over his coverage of the Alex Salmond trial.

Mr Murray watched two days of Mr Salmond’s trial in March 2020 from the public gallery of Edinburgh’s High Court, and wrote about it on his website.

Judges subsequently ruled that Murray, 62, was in contempt of court, relating to material capable of identifying four complainers.

Sentencing the former UK ambassador to Uzbekistan, Lady Dorrian said Murray knew there were court orders giving the women anonymity and he was “relishing” the potential disclosure of their identities.

She said it was “particularly so, given the enormous publicity which the case in question attracted and continues to attract”.

Murray’s offending blog posts and tweets were written over a period of a month and remained up, unredacted, despite the blogger being told they could potentially lead to the identification of women who had made complaints about Mr Salmond, who was eventually acquitted of all 13 charges.

Lady Dorrian said: “It appears from the posts and articles that he was in fact relishing the task he set himself, which was essentially to allow the identities of complainers to be discerned – which he thought was in the public interest – in a way which did not attract sanction.”

She added: “These actions create a real risk that complainers may be reluctant to come forward in future cases, particularly where the case may be high profile or likely to attract significant publicity.

“The actions strike at the heart of the fair administration of justice.

“Notwithstanding the previous character of the respondent and his health issues, we do not think we can dispose of this case other than by way of a sentence of imprisonment.”

Murray was initially given 48 hours to hand himself in to a police station, but after a challenge by his lawyer Roddy Dunlop QC, this was extended to three weeks so Murray can appeal the sentence, although he has to surrender his passport.

In his previous mitigation submission, Mr Dunlop said Murray was a man of “impeccable character” and previously “untarnished reputation”, and said it is no exaggeration to say the retired diplomat is already suffering “significant punishment” from the impact of the case.

Mr Dunlop said sending Murray to prison would be “harsh to the point of being disproportionate”, and he urged judges to deal with the matter by way of a fine.

He said: “Allowing that the finding of contempt has been ruled by this court to be justified, the question is whether, given all the circumstances, that justification extends yet further to countenancing imprisonment, to taking a retired diplomat with an exemplary background away from his wife, his 11-year-old son, and his baby.

“For what purpose? The response might well be pour decourager les autres (French for to discourage others). If that is the purpose, job done. Mr Murray’s blogging is inevitably hamstrung by the ruling itself, the decision is and has been widely publicised.

“If anyone out there thinks that playing with fire in the field of jigsaw identification is a zero sum game, their views have been disabused by the ruling this court has already made.”

Following the sentencing, former SNP justice secretary Kenny MacAskill said it was a “sad day for Scottish justice” and in a subsequently-deleted Tweet, wrote: “There’s a presumption against sentences of less than a year.

“In a case where an offender isn’t violent, dangerous or a threat to communities a sentence less than that breached the intentions.

“Time for the presumption to be made mandatory.”

Bill Gates Allegedly Left Microsoft After Investigations Into Relationship With…

More Clashes In Jerusalem Ahead Of Nationalist March