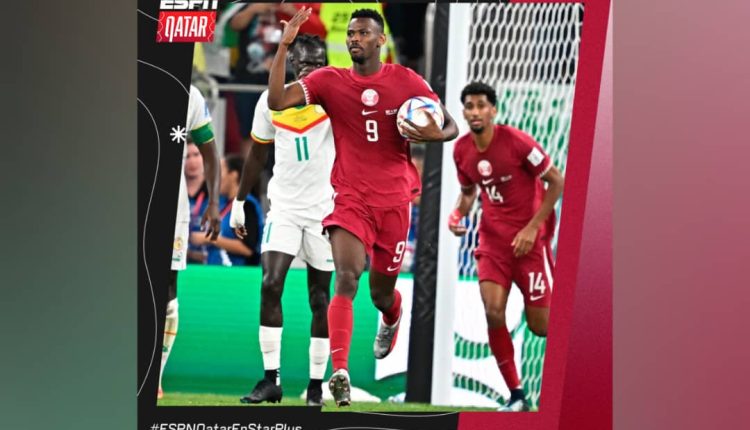 Ghanaian-born striker Mohammed Muntari has made history as the first footballer to score a FIFA World goal for Qatar.

The Kumasi-born footballer came from the bench today to give Qatar some hope in their 3-1 loss to Senegal.

Mohammed Muntari’s goal is the first-ever goal for Qatar in the history of the FIFA World Cup.

The 28-year-old striker was born in Sabon Zango, a suburb of Kumasi in the Ashanti Region of Ghana.

In July 2015, he signed a five-year deal with Lekhwiya.