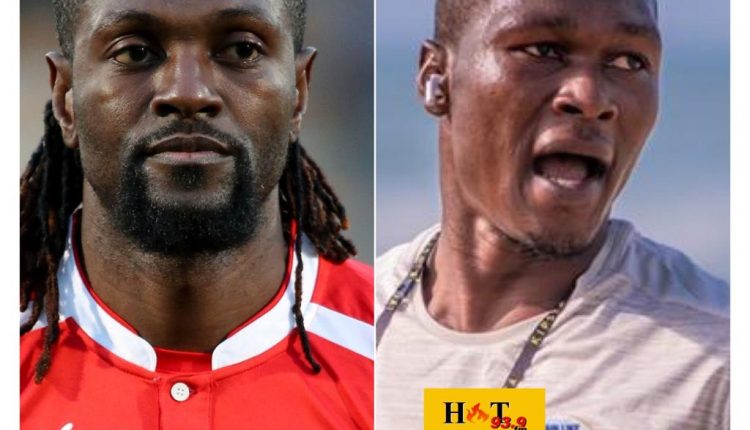 Ghanaian physical trainer and CEO of Train Like a Pro GH, Totti Laryea has told Hotfmghana.com that he can help former Arsenal striker and Togolese International Emmanuel Adebayor to regain his fitness to play like an 18-Year-Old.

Adebayor found himself in English headlines last January when the 36-year-old was linked with a shock return to the Premier League.

Then relegation strugglers Aston Villa were linked with the big striker, with then head Coach Dean Smith’s side desperate for a goalscorer.

A move failed to materialize, and Adebayor made what would ordinarily be seen as an unconventional switch to Paraguay, joining Olimpia Asunción. For Adebayor, it was just another day at the office.

Rather than allow his career to unwind in the backwaters of South American football because of his fitness, Adebayor found a way to make headlines once again, after momentarily swapping football for martial arts.

Speaking to Hotfmghana.com, Totti Laryea who happens to be a fan of Adebayor stated that he can help the former Captain of the Togolese National Team to bounce back to fitness where he would play actively like an 18-Year-Old

According to the Train Like a Pro Gh boss, it saddens his heart to see a great player like Adebayor hang his footballing boots at the age of just 36 years while the likes of Thiago Silva of Chelsea are still playing though they’re way older than him.

‘I keep saying this, I can help Adebayor to regain fitness within two weeks and he will play like an 18-Year-Old..Trust me, I will use ball works and other new methodologies to bounce him back”. Totti told Hotfmghana

Totti Laryea who has helped great Ghanaian players like Gladson Awako, and Clifford Aboagye to regain their fitness emphasized that even though he knows Adebayor has his physical trainers,” I want him to come so I train him for just two weeks so he can go back to his trainer

At the peak of his career, Adebayor was voted Africa’s premier footballer, growing from the player former Togo coach Otto Pfister described as “not a natural goalscorer” to one of Europe’s most devastating strikers.
0
Share

We Had Better Management Under Dr. KK Sarpong – GNPC Staff