I Can Remove Akufo-Addo From Office; He Can’t Remove Me – Bagbin reveals 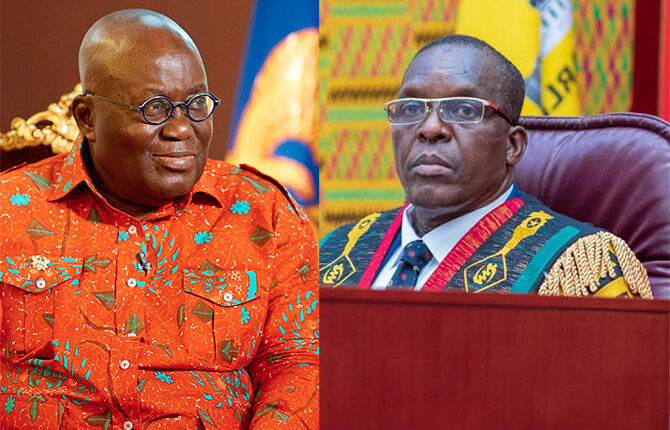 The Speaker of Parliament, Alban Sumana Kingsford Bagbin, has stated that the eighth Parliament of Ghana’s fourth republic which he presides over, will not be bullied into playing second fiddle to the executive branch of government.

Speaking at a post-budget forum held at Ho in the Volta Region over the weekend, Alban Bagbin noted that while the legislative branch has, in many instances, approved bills in favour of the work of the executive, that favour is not always returned.

“This year, all the laws we have been passing are laws we passed to benefit the executive, even we forget about Parliament in the language we use, this is self-inflicted; it is not a deficiency in the constitution, it’s a deficiency in Parliament itself. We must correct it,” he said.

Mr Bagbin was, however, quick to add that removing the president is not what he seeks to do.

“Some of you are trying to do some of those things. I can assure you, I won’t do it. You don’t have good reasons so stop it,” he stated sarcastically.

Kudus Mohammed Out With Injury Until Next Year