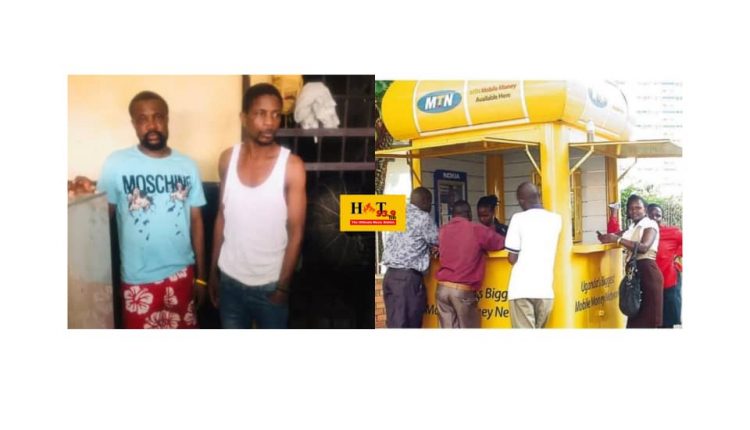 On the day of the incident, the mobile money vendor, Mr Hassan Nuru Yaroh, had gone to withdraw money from the bank for his business when he was allegedly attacked by the robbers.

After the victim noticed being followed, he decided to change his direction to the police station, unluckily his motorbike broke down.

The two Nigerian robbers caught up with him, snatched the money and sped off.

Still trying to fix his bike, it started again, when he followed them until they were caught up in a traffic at the police post near the Kasoa New Market junction.

He then sounded an alarm to alert the people around.

According to the Prosecutor, Chief Inspector Emmanuel Amponsah, the victim got closer and hit them with his bike, snatched back the money while passers-by surrounded, arrested and handed them over to the police.

The convicted persons, Bright Okwara and Ferdinand Obi pleaded not guilty to attempted robbery and robbery.

The prosecutor told the court that Mr Yaroh withdrew an amount of GH₵11,800 and was on his motorbike to the shop when he noticed another motorbike following him.

However, the Kasoa Odupong Ofaakor Circuit Court presided over by Mr Ebenezer Osei Darko, found them guilty after their trial and sentenced each person to 20 years imprisonment.

The court has sentenced Bright Okwara and Ferdinand Obi to 40 years imprisonment with hard labour for robbery.