LiveStreamed: Disabled Man Shares How He Was Butchered With Cutlass 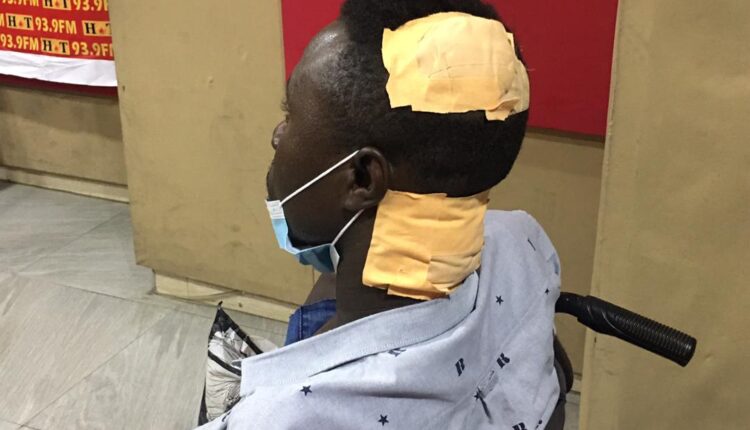 You are watching social talk show, ‘Ay3 HU” . The show is hosted by Nana Ampofo.

In today’s main topic, a physically challenged man shares how he was brutally butchered with a cutlass by his neighbour at Weija in Accra.

It all happened after the sister of the physically challenged man reportedly urinated behind the house of the land guard known as TT.

The suspect stormed the house of the physically challenged man with a cutlass and gun looking for his sister to kill.

The victim said some youth in the area prevented the suspect from attacking him when he first came to the house. The land guard left and came back later and butchered him.

The victim was rushed to the Weija Hospital for treatment and the case has been reported to the police.

The Police have since commenced an investigation into the attack and the suspect is currently on the run.