Mahama Should Resist The Temptation To Become ‘Mugabe Flagbearer’ Of NDC 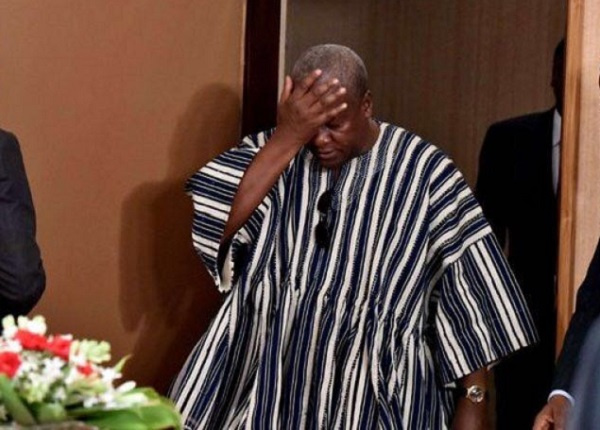 An Executive Member of the Tema East Constituency branch of the National Democratic Congress (NDC), Stephen Ashitey Adjei, has responded to reports that former President John Dramani Mahama will contest for the 2024 Presidential ticket of the party.

In a statement copied to the media, Mr. Ashitey Adjei, who is popularly called Moshake, said the former President’s outlook is unfair to the NDC.

“NDC is effectively becoming like the private playground for one person which is very unfair because the party is a congress and therefore is the convergence point for many great talents who equally are entitled to the opportunity to use it as stepping stone to the leadership of our country,” Moshake wrote.

A man with a reputation for plain-talking, Moshake urged the former President to, “realize that he is becoming a “Mugabe Flagbearer” of the NDC with his recycled leadership of the party for the past decade.”

Vibes from Mr. Mahama’s camp that he will run again have started featuring in newspaper articles and other news media. If the former President runs for the 2024 flagbearership of the NDC, it will be his third time after losing the Presidency to Akufo-Addo in 2016.