Man Who Allegedly Killed And Buried Mother Wanted By Police 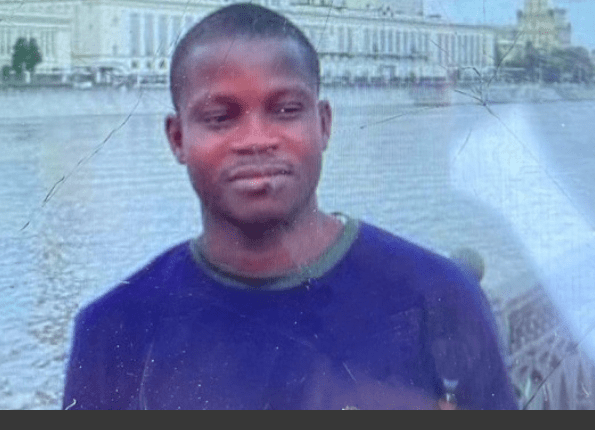 The Police in Dome Kwabenya is in search of a young man suspected to have killed and buried his 86-year-old mother.

A foul stench emanating from a house at Ayigbe Town, and the absence of an 86-year-old woman, Abraa Mansa, is what made his senior brother call the Police.

They have also declared the suspect Benjamin Kofi Yeboah wanted.

It is alleged that he assaulted the mother on regular basis.

The Public Relations Officer of the Accra Regional Police Command, Deputy Superintendent of Police (DSP) Mrs. Effia Tenge said a young man on May 27 reported that his mother had gone missing.

He reported that his younger brother the one on the run told the family the mother had travelled to Aflao but checks showed she had not been there.

Stephen who reported the matter later returned to the police station on June 2 to report that he had found something suspicious in the house.

The Police later followed and had the area condoned as a crime scene.

They also found a heap of sand believed to have been collected from the back of the house and used to cover what they suspect to be the deceased’s body, because of the strong foul scent.

The police have since filed a motion at the Adenta District Magistrate Court to obtain a permit to exhume the body on Friday, June 4, 2021.