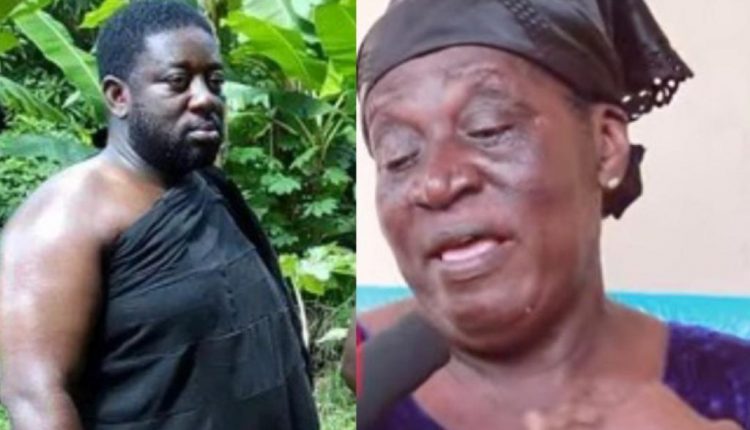 Mother of late Kumawood actor, Osei Tutu has revealed that, her son was in pain during his final moments.

Contrary to reports that he was hale and hearty prior to her death, she revealed her late son was bedridden after suffering a strange ailment.

According to her, late Tutu was vomiting blood, could not eat or drink but there was no visible swelling in any part of his body.

His distraught mother said doctors who could not diagnose the ailment discharged him for the family to manage his symptoms at home.

Tutu’s mother is convinced his ailment was spiritually after she claimed nine pins were removed from his throat by a fetish priest.

However, she said his health deteriorated gradually until he passed on at a Tafo hospital on May 17, 2022