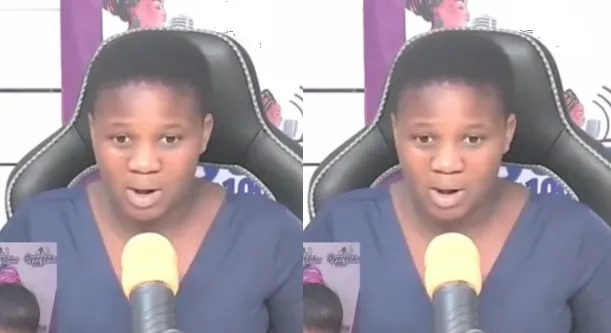 An 18-year-old- Ghanaian girl identified as Angela Amewu has recounted her harrowing ordeal at the hands of her uncle and revealed that her uncle made love to her countless times.

Angela stated that she moved from Kumasi, where she was living to Lagos to stay with her aunt and her husband after they promised to help further her education.

Angela narrated that her aunt’s husband forcibly slept with her for a long while and at a point in time, was forced to sleep with a dog in the same house.

According to the teenager, she got pregnant three times but her aunt’s husband made her abort all of them without any medical intervention.

She disclosed that the things she was going through in the house became unbearable for her, so she dropped out of school. She decided to leave the house and returned to Ghana, where she resorted to selling water sachets to make ends meet.

Amewu shockingly intimated that due to the countless times her aunt’s husband had intercourse with her, she became so used to it.
Ever since the incident, she couldn’t stay away from it anymore as no day went by without going to bed with a man.