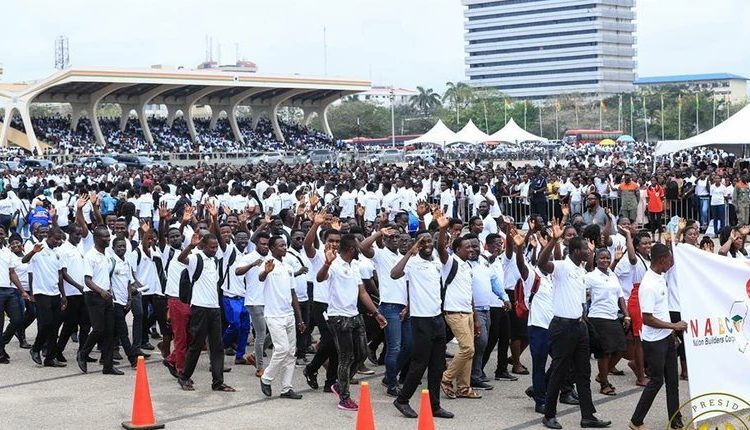 The government has released one out of the ten months’ arrears owed to the Nation Builders Corps (NABCO) trainees.

This was confirmed by the President of the NABCO trainees Association of Ghana (NABTAG), Dennis Opoku Katakyie.

The NABTAG President stated that NABCO trainees are informed that grants payment for November 2021, as one month’s settlement of the ten months arrears, has been processed.

In fact, nine months, counting from December 2021 to August 2022, are still outstanding.

The NABCO trainees said that the tithe payment is only a speck of the total amount owed to them.

They again said that they were grateful to the government for taking a step in bettering the unfortunate situation in which they found themselves.

They pleaded with the government, particularly the Ministry of Finance, to “secure trainees’ outstanding arrears into its subsequent allocations to enable the Secretariat to effect payment for the remaining months.”

NABTAG cautioned that it would employ every plausible approach to ensure that trainees were fully paid for their earnings for the remaining months.

“If, after a period, arrears for the remaining months are not fully paid, the leadership will recruit another draconian measure to forcibly ensure that we are paid. We have done it before, so we can do it again,” they warned. 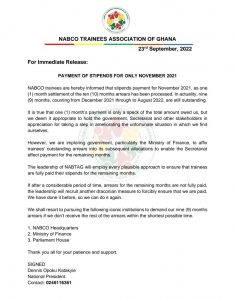 US Embassy Encourages Youth To Apply For Visa