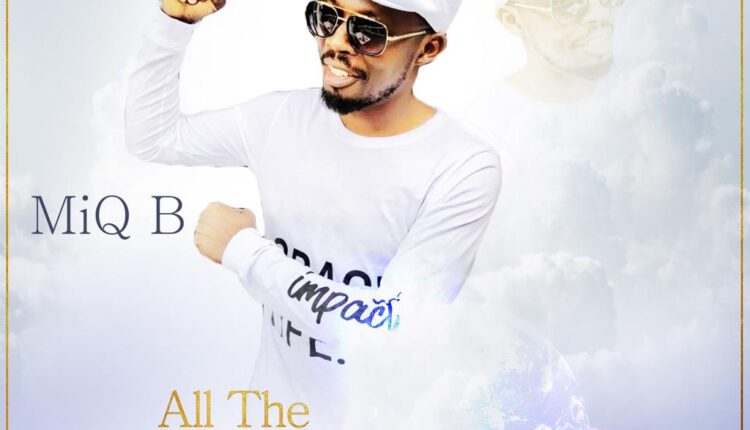 Ever since talented America-based Ghanaian Gospel musician,  Micheal Boateng,  better known as MIQ B released his first hit song, ‘Abamu Awie’ , he has won many hearts with his singing skills and style of play.

With his resplendent voice and composition prowess, MIQ B has been recognized by a large number of gospel music lovers as outstanding Ghanaian gospel artists.
After thrilling fans with ‘Abamu Awie’, MiQ B is currently out with another inspiring gospel song titled ‘All The Glory’.
The song, which is a mid-tempo, was produced in Nigeria by popular Nigerian music producer Odunayo Yusuf, better known as OY beats.
The single is a great delight to listen to, as the lyrics focus on the teachings of Christ.
The Gospel artiste, who is aiming at reaching millions of people with ‘All The Glory’, has plans of releasing more singles in the coming months.
His songs always talk about the faithfulness of God and the reason why Ghanaians should give thanks to Him as long as they live on earth.
He is hopeful that the song will touch the hearts of many Christians as well as music lovers.
‘All The Glory’ shows MiQ B’s versatility as a songwriter and singer and gives hints as to the diversity of sound and musical styles fans should expect on his upcoming songs.

Kindly stream “All The Glory”  on all music streaming and on social media platforms.