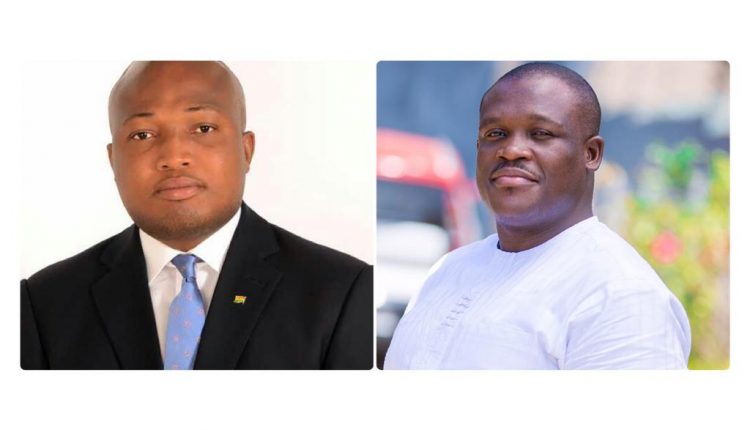 According to him, the two National Democratic Congress MPs have been using the social media platform to continuously tarnish the image of President Nana Addo Dankwa Akufo-Addo.

Speaking on Movement In The Morning Show on Wontumi Radio, Ben Gazie stressed that Twitter used the same policy to ban Former US President Donald Trump from the platform and Nigeria President Muhammadu Buhari for spreading lies on the social media platform.

“I am telling you today, if I get out of my seat today I’m petitioning Twitter because they have told us that anyone who lies will be removed from the platform. So I will petition Twitter.

“I am giving them a three-day ultimatum to ban Samuel Okudzeto Ablakwa on Twitter for the lies he has told against President Akufo-Addo on the platform.

“If they don’t ban him then it means Twitter is partial because even Donald Trump was removed as well as Nigerian President Muhammadu Buhari. Who is Okudzeto Ablakwa. Sam George is also included. The two have denigrated the president for a very long time” he lamented.

Ablakwa has since 2021 been tracking the president’s use of ultra-luxurious jet charters and calling out the President for being insensitive while the tax payers struggle under an economic downturn.

His recent tracking of the president using a chartered jet was Akufo-Addo’s trip from Brussels to Kigali. According to him, the cost of renting the D-Alex for the trip cost the Ghanaian taxpayer over GH₵4 million.

However, the presidency responded by dismissing the claims made by Mr. Ablakwa which sought to suggest that the president chartered the jet from Accra to Brussels and onwards to Kigali.