Photos:Driver’s Mate Dies As Trailer Loaded With Bags Of Cement Overturns At Inchaban 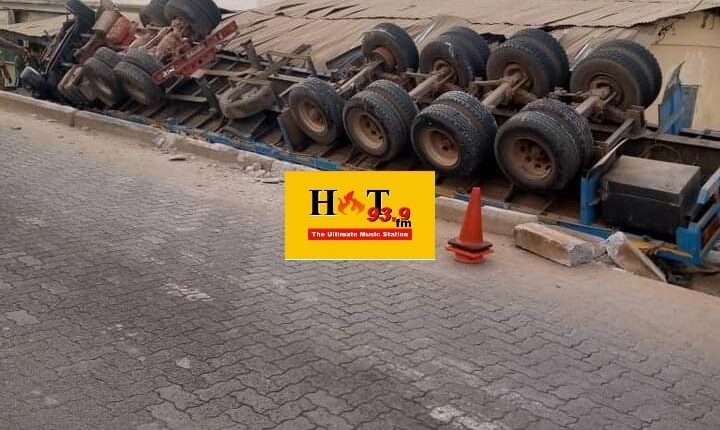 A driver’s mate of a trailer loaded with cement bags has met his untimely death after the trailer overturned at Inchaban in the Western region.

According to Hot 93.9FM’s reporter Nyansa Boadi, the driver’s mate whose name was not quickly known got trapped under the cements killing him instantly.
Explaining how the incident happened, Nyansa said ,” I think the driver lost control when he got close to the Inchaban Police barrier then the trailer overturned . I’m told the driver’s mate got trapped under the over 100 cement bags and died instantly”.
According to Nyansa, per his source, the body of the deceased has been taken to the Efia Nkwanta Hospital mortuary.
More soon.