Qatar 2022: Blow For Ghana As Jojo Wollacot And Richard Ofori Are Ruled Out Of Mundial 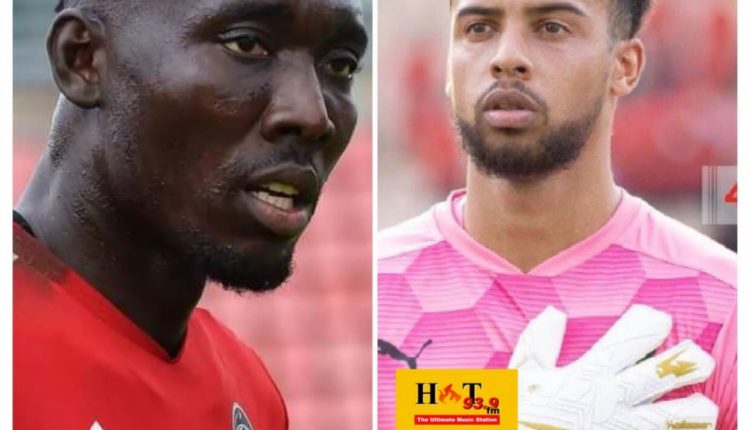 Ghana’s Black Stars have to deal with a massive blow as first and second-choice goalkeeping duo of Jojo Wollacot and Richard Ofori have been ruled out of the World Cup because of injury, Footballghana.com can report.

Wollacot pulled out in Charlton Athletics’ 3-3 draw against Burton Albion on Saturday after injuring his finger in the warmup.

A close source has told Footballghana.com the former Swindon Town shot-stopper suffered what seems to be a serious injury and has been ruled out of the biggest soccer mundial to be staged in Qatar.

Meanwhile, the second vice-captain of the national team who was not in action for Orlando Pirates in the South African Premier League will miss the tournament.

As a result, Asante Kotoko goalkeeper Danlad Ibrahim has been handed a late call-up to the Black Stars.
The former Ghana U-20 goalkeeper who was named in the 55-man provisional squad list was initially dropped by the technical handlers of the Black Stars.

But recent injuries to first and second-choice goalkeepers of the national team have boosted Danlad Ibrahim’s chances of making his first World Cup appearance.

The biggest soccer mundial has been scheduled for November and December this year, with 32 countries set to battle it out for the covetous trophy in Qatar.
Ghana will open their World Cup account against Portugal before taking Uruguay and South Korea respectively.

The Black Stars will announce their final squad on Monday, November 14.
Ghana is making a return to the global showpiece after missing out in 2018 Russia, where France emerged as the winner.