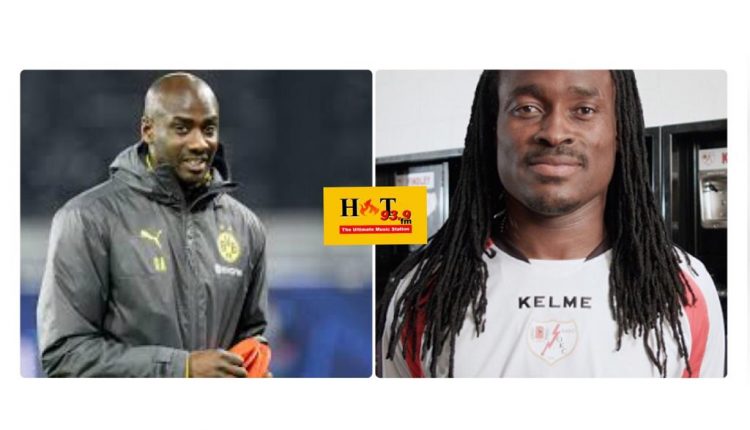 Former Ghanaian Professional footballer, Derek Boateng has stated that the current coach of the Black Stars Otto Addo is overly capable of leading the team to the 2022 World Cup in Qatar.

Otto Addo who guided Ghana as  interim coach in February  to qualify for the 2022 World Cup, beating Nigeria on the away goals rule after a 1-1 draw in Abuja has been retained as the head coach of the Black star by the Ghana Football Association(GFA) in March.

However, Addo’s first Major test as the head coach of the Black Stars was at the just ended Kirin Cup – a four-Nation tournament in Japan.

The Black Stars who finished third in the tournament after beating Chile 3-1 on penalties, suffered a humiliating defeat to hosts Japan in the first game losing 4-1 to miss out on the final.

Speaking in exclusive interview on Accra-based Hot 93.9FM’s ‘Focal Sports’ show, Derek Boateng who was answering a question in line with whether per the performance of Otto Addo, he believes the former Borussia Dortmund’s player is the best man to lead the Black Stars to the 2022 Qatar World Cup, heaped praises on the latter by indicating that:

“He is a brilliant coach…he is more than the right man to lead the Stars to the World Cup”.

Boateng together with Otto Addo were part of the Black Stars team that played at the 2006 World Cup in Germany.

Explaining why he believes Otto Addo really deserves to lead the stars to the Qatar World Cup, Derek Boateng said:

Even as a player, Otto Addo demanded more from us (Teammates) so I am sure he will push this team 100 percent to fully bring out their potential.”

Born in Ghana, Boateng after playing in the local league for Liberty Professionals, went on to play professional football in Greece, Sweden, Israel, Germany, Spain, Ukraine, England, and the United States during a career that spanned between 1999 and 2017.