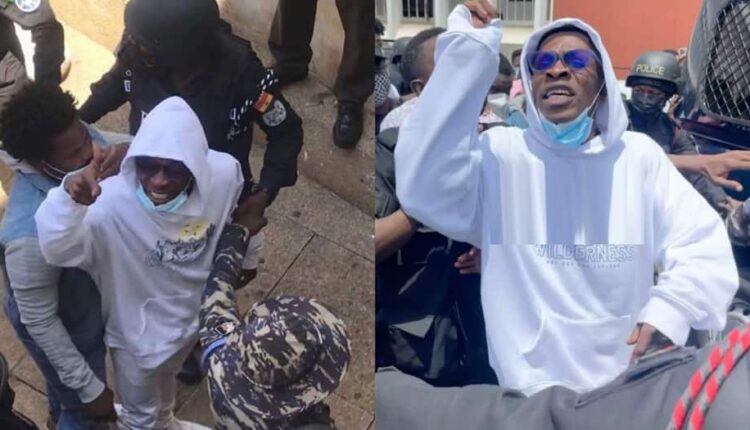 Shatta Wale has arrived at the Ankaful Prison in the Central region to begin the one week Prison custody after he was denied bail by an Accra Circuit Court.

The popular artist was sent to the prison by Police officers Thursday night. He is expected to be there for the one week the court ordered.

The court arrived at the decision after he pleaded not guilty to the count of; Publication of false news that caused fear and panic in the public domain.

The court presided over by Mr Emmanuel Marvin Essandoh while remanding the accused said the interest of the public is paramount.