The Chelsea Academy & Brighton Defender Who Snubbed England For Ghana 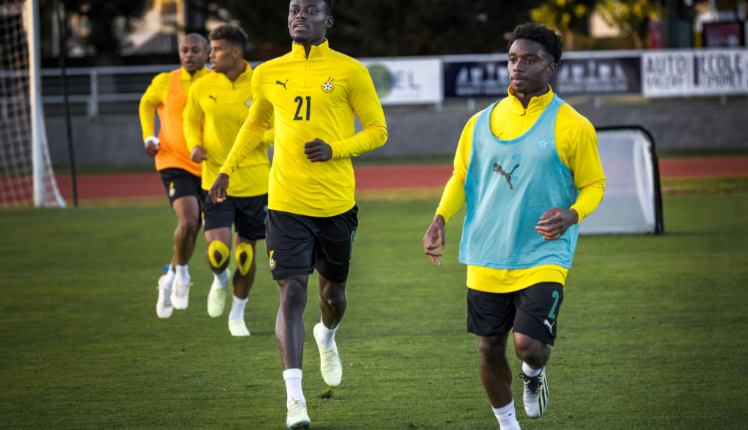 Tariq Lamptey is set to make his senior international debut when Ghana play Brazil in an international friendly at Oceane Stadium in Le Havre, France.

Both nations will use the game to keep shape ahead of the 2022 World Cup hosted in Qatar from November 20 to December 18.

Ghana is among the five African nations in the prestigious competition alongside Morocco, Tunisia, Senegal and Cameroon.

Who is Tariq Lamptey?

The youngster was born in Hillington, England. His parents are Ghanaians. His father, Ahmed Lamptey, named him Tariq which means ‘Morning Star’ in Arabic. The skilful wing-back is second-born to a family of three, all brothers.

Ghana legend Michael Essien was a role model to Lamptey. At age eight, he joined the Chelsea Academy to make his dream of becoming a professional footballer a reality.

In the 2016/17 campaign, he helped the U18s win the Premier League and won several individual awards as a teenager.

When did Lamptey join Ghana?

Despite his undoubted talent, the skilful defender could not break into the England national senior team despite being a regular for the U18s and U21s.

The Ghanaian FA contacted the player in July 2020, urging him to consider representing the Black Stars in the senior national team. However, he was doubtful about the move as He was even part of the England U21 team that played in the 2023 European U21 Championship qualifiers.

Ultimately, the defender was convinced to switch his loyalty to represent Ghana internationally in July 2022.

“I am happy that everything is completed with FIFA. I can play for Ghana. I thank God for giving me this opportunity. I would like to say a big thank you to everyone involved in making this happen,” Lamptey said via Twitter on September 7.

“I am really excited to start this journey and looking forward to representing Ghana. I can’t wait to play in front of the amazing fans. Thank you for the warm welcome. Let’s go!”

What is the immediate assignment for Lamptey?

After playing against the Samba Boys on Friday, September 23, Lamptey is expected to feature again for the Black Stars against Nicaragua four days later.

There is another friendly scheduled for November 11 with Switzerland.

The assignment for Lamptey will be to help Ghana perform well in the World Cup. The team has been placed in Group H alongside Portugal, Uruguay, and North Korea.

The President At The 77th UN General Assembly